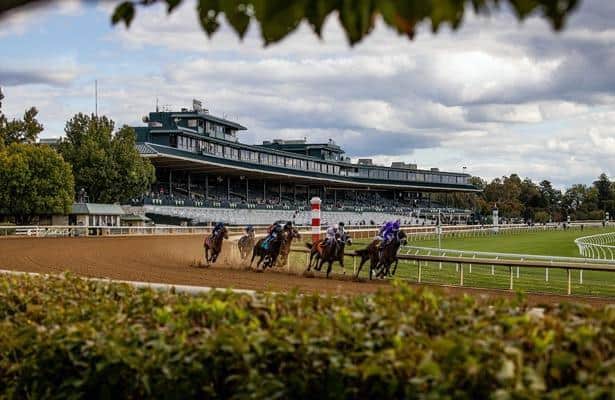 The qualifiers for the Nov. 5-6 Breeders' Cup are finished, creating a bit of a lull ahead of the big weekend at Del Mar. But there are six graded stakes on tap this weekend at Keeneland, Belmont and Woodbine.

After winning the Victory Ride (G3) in July, Souper Saver finished second to Bella Sofia in the Test (G1) and second to Cilla last out in the Prioress (G2). Her stablemate Miss Speedy, unraced as a 2-year-old, is 3-for-4 this year, most recently scoring in the listed Duchess Stakes at Woodbine. This would be the second start off the bench for Joy's Rocket, who finished eighth in the black-type Music City Stakes in September after an eight-month break.

Tamahere returns to graded-stakes company after winning the listed Violet Stakes by 7 1/4 lengths – her first win in five tries this year. Risky Mischief finished second in an August allowance at Saratoga and won another allowance there in September in her only starts this year.

Public Sector has won three of his five starts this year and was second in his other two. His last win came in the Saranac (G3), where he beat three others expected here.

Probables were not available for Saturday's Hendrie (G3) at Woodbine, going 6 1/2 furlongs for fillies and mares, 3-year-olds and up.

Adventuring's win in the listed Dueling Grounds Oaks was her first win in four starts since March. La Lune's runner-up effort in the Kentucky Downs Ladies Marathon was her first North American start and brought her record to 4: 2-1-0 for the year.