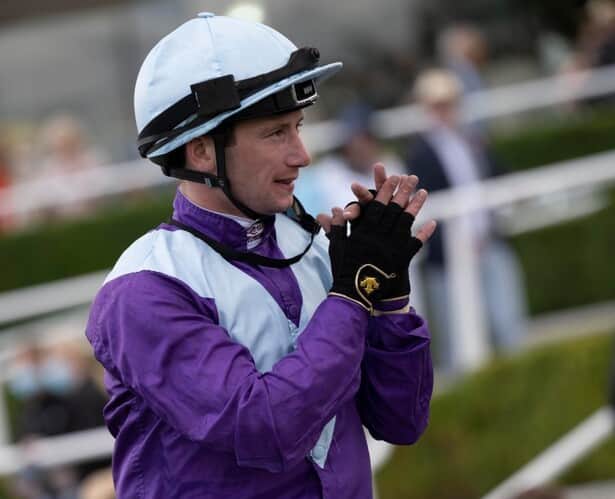 Alcohol Free led home a 1-2-3 finish for 3-year-olds in the Group 1 Sussex Stakes, a clash of the generations over a mile at Goodwood, England, and a “win and you’re in” for the Breeders’ Cup Mile.

Jockey Oisín Murphy held the Coronation Stakes (G1) winner up in the early stages, seeking cover before pouncing as the race developed two furlongs from home. Trained by Andrew Balding, the 7-2 chance had too much in reserve for the 4-5 favorite Poetic Flare, who was trying to add to his 2,000 Guineas (G1) and St James’s Palace Stakes (G1) victories this season.

The winning distance was 1 3/4 lengths with Falmouth Stakes (G1) heroine Snow Lantern (5-1) running on late to take third and complete a clean sweep for 3-year-olds.

Winning owner Jeff Smith has enjoyed much success at the Goodwood Festival over the decades, most memorably with Chief Singer, who landed this race in 1984, Lochsong and Persian Punch.

“This filly is something else,” Smith said. “The way she has won is simply incredible. I am thrilled to pieces. It wasn’t so much the opposition; I was more concerned that we did not have a repeat of the Falmouth where she got left in the lead having broken too well. She needs to get cover and something to aim at. Then she got bumped around and pushed back, but then the way she picked up showed what she really is. She is a champion. There is no question in my mind.”

“Maybe we got lucky with Here Comes When, although that was hugely rewarding, don’t get me wrong,” said Balding, who won the 2017 Sussex Stakes with outsider Here Comes When. “This filly has already won two Group 1 races, so it was lovely to see her cement her place at the top of the tree.

“Oisín was at pains to try and tuck in and get some cover, because she’s so much better when you are able to do that and she has got something to aim at. Poetic Flare is a very good horse, but she really did it well in the end. I am sure there were hard luck stories, but I am sure she was the best horse on the day.”

Regarding future targets, Balding said: “It was Jeff Smith’s idea in the first place, and I don’t think it’s a bad idea, to put her in the International (G1) at York, and we decided to keep her in at yesterday’s forfeit stage. It might be asking a bit much going a mile-and-a-quarter, but she’s a filly that has won three Group 1 races, so we have very little to lose. If it doesn’t work, we’ll regroup and go back to the mile race on Champions Day.

Murphy said, “Alcohol Free really can be a handful in the mornings. Anyone who follows me on Instagram will see that when I go to tack her up, she looks like she is going to bite or kick me. Then when you get near her, she is quite the opposite. She is a special character.”

Poetic Flare was compromised by the soft ground, according to his connections.

“The ground just blunted his speed,” said Una Manning, daughter of trainer Jim Bolger. “I would say the wind drying it out has just made the ground tacky. We were always going to turn up here. It was just unfortunate that the rain came.”

Snow Lantern’s rider Jamie Spencer said, “The pace was only just OK. When they quickened (with three furlongs to go), I was caught a little flat-footed, but I hit the line very strong. Further won’t be a problem.”