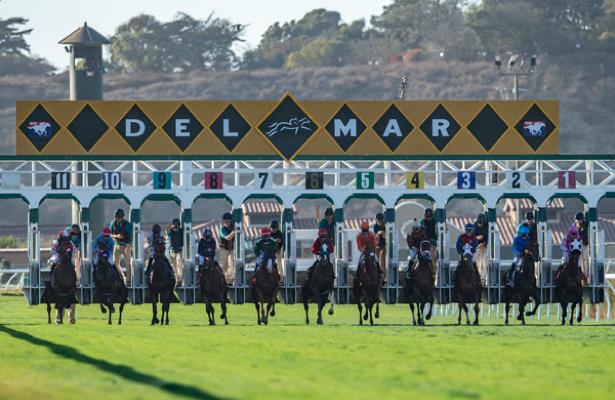 The field of 10 for Del Mar's Thanksgiving Day featured Red Carpet Stakes includes four horses that last raced in New York or Kentucky on assignment from nationally renowned trainers. Three of them will have elite Eastern-based jockeys that venture west only when the stakes are most plentiful and highest — as they will be through the four final days of the Bing Crosby Season.

So the Grade 3, $100,000 Red Carpet figures to be a tasty hors d’oeuvre for the feast that will follow — six graded stakes on grass in three days in what amounts to a “Turf Festival” — to the Nov. 29 close of the meeting.

Three notable equine travelers for the 1 3/8-mile Red Carpet marathon for fillies and mares are Orglandes for one of the nation’s leading trainers, Chad Brown; Woodfin for Victoria Oliver, and Blame Debbie for Graham Motion. And Peter Miller has had California Kook, runner-up in the Del Mar Oaks (G1) last summer, in training at San Luis Rey Downs for a month since returning from a fifth-place finish in the Queen Elizabeth II Cup (G1) on Oct. 10 at Keeneland.

Irad Ortiz Jr., No. 1 in North America for purse earnings with nearly $20 million, will ride Orglandes, a 4-year-old import from France making her third U.S. start and coming in off a win at Belmont Park on Oct. 9. Joel Rosario, No. 2 in winnings with nearly $17 million, has the call on California Kook. Manny Franco, No. 10 with more than $11.4 million will be aboard Blame Debbie after their initial collaboration resulted in victory in the Dowager (G3) at Keeneland last month.