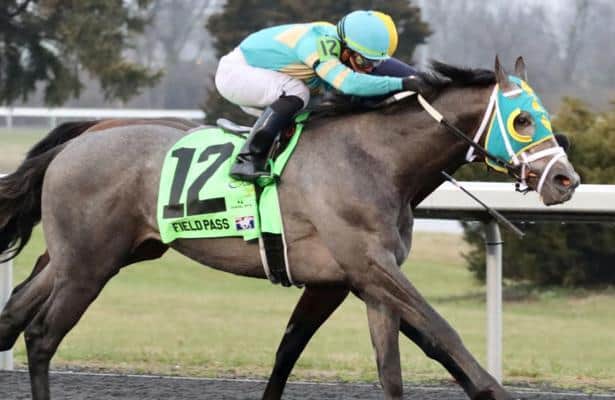 The War Chant is one of five stakes events on the 11-race program Saturday at Churchill Downs.

Field Pass will shift from the synthetic Polytrack surface in Saturday’s race. Trained by Mike Maker, Field Pass captured the March 14 Jeff Ruby by a neck over the Wesley Ward-trained Invader. The 3-year-old son of Lemon Drop Kid returned to Kentucky in February following his victory in Gulfstream Park’s Dania Beach.

Jose Ortiz will have the call in the War Chant from post No. 5.

Matthew Schera’s Kittens Joy (G3) winner Island Commish was supplemented to the War Chant field with a $2,000 payment at the time of entries on Wednesday.