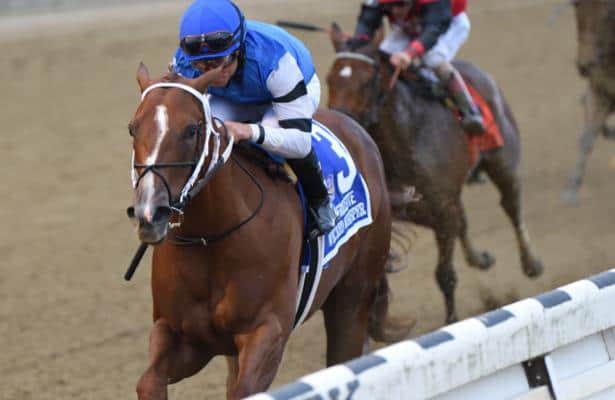 Three-year-old fillies will go to the post this Saturday in Oaklawn Park’s Grade 3, $300,000 Honeybee Stakes, but the Kentucky Oaks prep will be missing its anticipated headliner.

Owner Alex Lieblong, who campaigns Grade 1 winner Wicked Whisper with his wife, JoAnn, informed Oaklawn's publicity staff that the daughter of Liam's Map spiked a fever that will prevent her from getting the 3-year-old season started.

Wicked Whisper broke her maiden in her career debut, taking a six-furlong contest at Saratoga at the end of August. She followed by winning the Frizette (G1) at Belmont Park, then closed out her 2-year-old campaign with a fifth-place finish behind British Idiom in the Breeders’ Cup Juvenile Fillies.

9-for-9 Baaeed is part of Breeders’ Cup qualifying races at York
Want to watch elite racehorses in action this week...