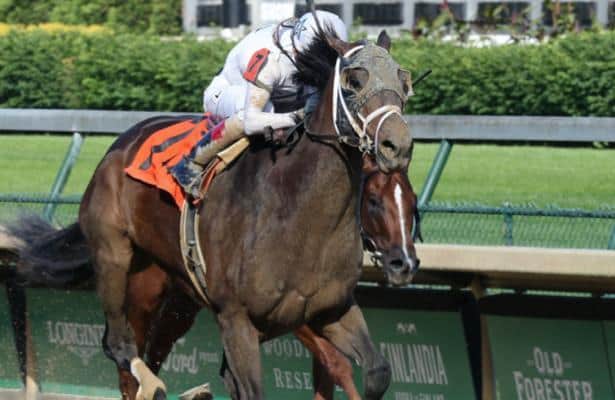 The Gulfstream Park Mile, a one-turn mile event for older horses, was one of nine stakes worth more than $1.4 million Saturday on a 14-race program.

Fearless ($7.60), who launched his career with back-to-back victories during the 2019-2020 Championship Meet, was making his first start since finishing sixth in the Stephen Foster (G2) at Churchill Downs on June 20.

“Our biggest concern was that in his last couple starts he dropped back. We were hoping that being fresh that he’d put himself into the race a little bit,” trainer Todd Pletcher said. “He broke well and got in a good stalking position. He was forward from there and kicked on and ran like we hoped he would.”

The 5-year-old gelded son of Ghostzapper rated well for Irad Ortiz Jr. several lengths behind pacesetter Wind of Change, who opened up several lengths on the field while speeding the first quarter of a mile in 23.60 seconds. Wind of Change continued to show the way on the far turn and completed the first half-mile in 46.50 before shortening stride as Fearless and his other rivals started to close in. Fearless went to the lead at the top of the stretch and continued on gamely to hold off Avant Garde by three-quarters of a length.

“I got a perfect trip,” Ortiz said. “He broke and put me into the race. After that, I didn’t want to hurry him. I waited and when I asked him, he responded.”

Avant Garde, who was ridden by Hall of Famer Javier Castellano, finished two lengths ahead of favored Performer and jockey Jose Ortiz.

“Todd does what Todd does, and they come out running. He ran a super race,” said WinStar Farm’s Elliott Walden. “We were pretty confident, seeing him breeze the last few times.”