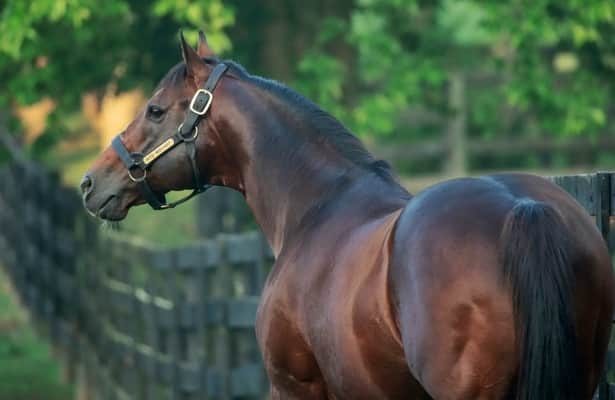 Top Kentucky farms filed a lawsuit Tuesday accusing The Jockey Club of a “blatant abuse of that power” by preventing stallions from breeding to more than 140 mares per year.

The lawsuit, filed in the Eastern District Court of Kentucky by Spendthrift Farm, Ashford Stud and Three Chimneys Farm, seeks to stop the stallion cap, claiming it “serves no legitimate purpose and has not scientific basis.”

“Rather than facilitating the soundness of the Thoroughbred breed, the Stallion Cap was instead adopted to serve the economic interests of a discrete group of participants in the Thoroughbred industry to the detriment of the more competitive participants,” the lawsuit reads. “By artificially diverting breedings away from more popular to less popular stallions and by artificially capping the bidding price at which top stallion prospects can be purchased.”

The Jockey Club acts as North America’s Thoroughbred registry, and all horses entering Thoroughbred races must go through it for certification.

The plaintiffs claim that the stallion cap will cost them hundreds of millions of dollars in business by limiting their top performers in the future.

“The total number of broodmares bred per individual stallion whose year of birth is 2020 or thereafter shall not exceed 140 per calendar year in the United States, Canada, and Puerto Rico,” the rule reads. “The Jockey Club shall limit the number of Stallion Service Certificates for such stallions to a maximum of 140 per calendar year.”

It does not apply to any stallions born before 2020.

The three farms filing the lawsuit, issued a joint statement on Tuesday. Spendthrift owner B. Wayne Hughes was quoted on their behalf.

“A handful of individuals from a private club in New York have been allowed to make a decision that will negatively impact the future of Thoroughbred racing and breeding both in Kentucky and the whole country,” Hughes said. “We have filed this complaint to defend the industry from anti-competitive, un-American and arbitrary decision making that is not based on scientific evidence.”

Hughes also expressed concern that the limit could be decreased in the future.

The cap of 140 mares per stallion per calendar year was implemented in May, with The Jockey Club claiming it was reflective of the organization’s commitment “to preserve the health of the Thoroughbred breed for the long term.”

The Jockey Club responded to a request for comment, saying it “has no comment at this time.”

The club must respond to the lawsuit within 21 days.