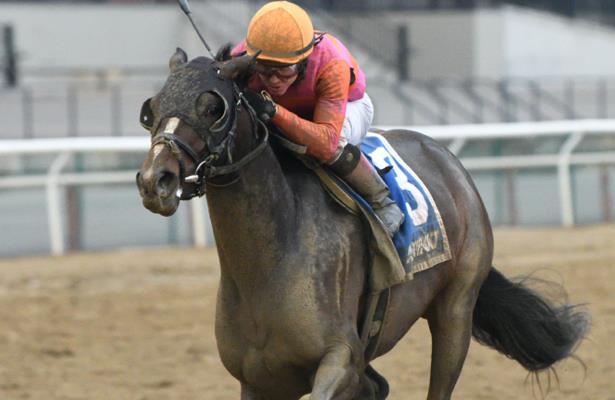 Hit the Board: Uncle Chuck

Analysis: Tiz the Law to win with Uncle Chuck and South Bend rounding out the trifecta.

Hit the Board: Uncle Chuck

Analysis: Uncle Chuck will make it closer than many think, but ultimately Tiz the Law's seasoned experience will prevail. Caracaro needed his last start, has an improving pattern and a good outside post. He could spice up a chalky trifecta a bit by running second, but will likely settle for third.

Analysis: Look for Uncle Chuck to go right to the lead and take control just like Arrogate did a few years ago.  Tiz the Law will fight him to the wire, and look for Max Player to close late for third.

Analysis: Tiz the Law is the one to beat, and I am going to try with #4 Max Player. This colt has been crying out for more ground all year long and he will get it, as well as a favorable pace setup, in the Travers. I'm using Tiz the Law, Country Grammer and South Bend underneath in Tris and Supers. I'm discounting Uncle Chuck due to inexperience, and he's going to get pressure from Shivaree, Caracaro and First Line in the early stages of the race. Is he the next Arrogate? I don't think so.

Analysis: Max Player has improved his speed figures in each start to date, and last time out in the G1 Belmont off nearly a five-month layoff, the colt showed progression when pitted against the upper echelon of the division. The classic 10-furlong distance will suit his running style. Tiz the Law is a classic stalker with high cruising speed and a remarkable closing kick that allows him to make up ground quickly. Hard to find holes in his record. Distance is well within his scope. Connections have been down this road before. Uncle Chuck has received plenty of attention and rightfully so. Trained by Bob Baffert, who is quite adept at shipping to NY and winning big events, the promising three-year old could be any kind after two visually impressive wins by combined 11 lengths. Class test here for his final tune-up, but clearly possesses incredible potential. A strong challenger who can’t be taken lightly.

Hit the Board: Tiz the Law, Uncle Chuck

Analysis: I'll shy away from the short-priced favorite in a talented field and take a shot with longshot Country Grammer. The son of Tonalist could excel at the mile-and-quarter, and First Line and Uncle Chuck breaking from either side should ensure an honest pace and allow Country Grammer and Irad Ortiz Jr. to tuck in and save ground. Belmont (G1) winner Tiz the Law can't be ignored, obviously, while South Bend could spice up the exotics. Now with Hall of Famer Bill Mott, he was wide throughout in the Ohio Derby (G3) and was closing late.