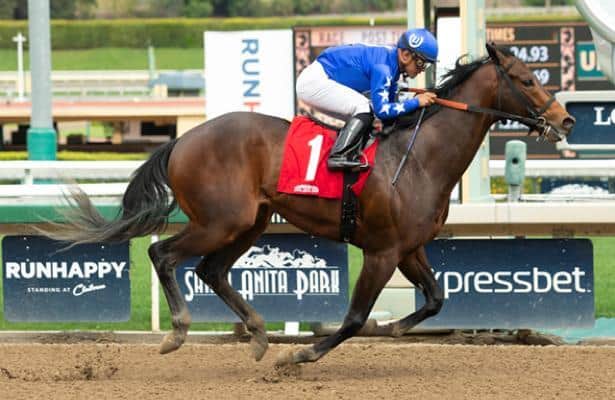 Trainer Peter Eurton is considering the Grade 1, $400,000 Santa Anita Derby on June 6 for Shooters Shoot, who won his last two starts including an allowance race by a neck at Oaklawn Park on April 11 but was scratched from the first division of the Arkansas Derby (G1) due to a fever.

Shooters Shoot, a son of Competitive Edge, was second in a maiden race at Santa Anita on Feb. 16 to the undefeated Charlatan, front-running winner of the first division of the Arkansas Derby for trainer Bob Baffert.

As for 2019 champion 2-year-old male Storm the Court, Eurton also has him scheduled to breeze Saturday “but we have no race in mind right now.”

“We’ve given him a little freshening and he’ll probably run at Del Mar, but we have lots of options,” Eurton said.