Drury's big year could get bigger with Lady Edith 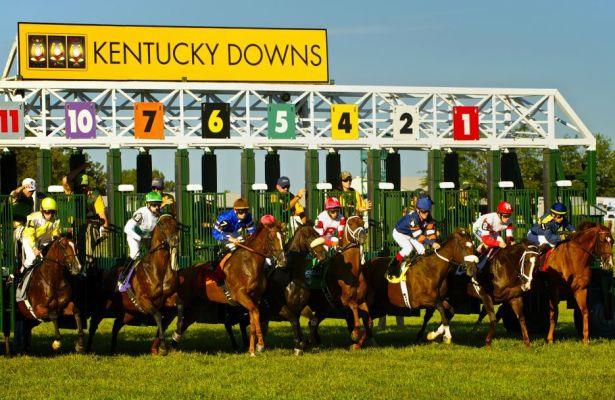 Trainer Tommy Drury is preparing Kentucky Downs 2-year-old maiden winner Art Collector for the Preakness Stakes after having to miss the Kentucky Derby with a minor foot injury. Owned by Bruce Lunsford, Art Collector will come into the 1 3/16-mile Preakness off four straight wins, capped by Keeneland’s Grade 2 Blue Grass and the $200,000 Ellis Park Derby.

But in the interim, Drury will send out Ellis Park debut winner Lady Edith in Tuesday’s $400,000 Untapable Stakes for 2-year-old fillies, one of three stakes on tap at Kentucky Downs after the entire 11-race card was moved from Sunday because of heavy rainfall.

Owned by Dr. David Richardson and Sandra New, Lady Edith won at Ellis Park eight days after Art Collector gave Drury his first graded-stakes victory. The Untapable has been the plan ever since.

“She seems like she’s really done well,” Drury said Monday at Churchill Downs. “Her first race was spectacular. She broke good and sharp that day and just kind of towed him around there. It looked like from the 16th pole to the wire it looked like she might have gotten a little bit lost, which first-timers will do. Brian (Hernandez) said she let off the accelerator a little bit, but she won the race. Her works since then have been spectacular. She seems like she’s put a little weight on. Everything about her says she’s a young horse going the right way right now.”

Lady Edith, a daughter of Street Boss, won her first start by 2 1/4 lengths.

“Looking at the race, it’s basically a ‘non-winners of two’ for $400,000,” Drury said of the Untapable. “For that kind of money, you have to take advantage of that. You’ve got to give her the opportunity; that’s what we’re trying to do. But I think we fit. I think there are a lot of horses who look similar to us. We certainly have respect for them, but I would guess they probably have just as much respect for us.

“That’s what it’s all about this time of year, the young horses and the 2-year-olds. People are getting excited and thinking about the future. A lot of us are wondering in the back of our minds if this could be the horse we’d been waiting on. Kentucky Downs is going to give us the opportunity to try to answer some of those questions.”

With Hernandez serving a suspension, Lady Edith will be ridden by Hernandez’ brother, Colby, who is riding full-time in Kentucky for the first year after previously being based in their native Louisiana.

“Colby is very capable, and I’m certainly happy to have him,” Drury said, joking of his pal, “He’s a little quieter than Brian is, so he’s easier to deal with. I said it for a long time that Brian was the best-kept secret in Kentucky and he was easy to get. You always felt good when you had him because he’s such a smart rider. Now I feel the same way about Colby. If you look at the guys using Colby, it’s Al Stall, some of the better trainers. They know. He just needs an opportunity. I’m more than confident having him on her.”