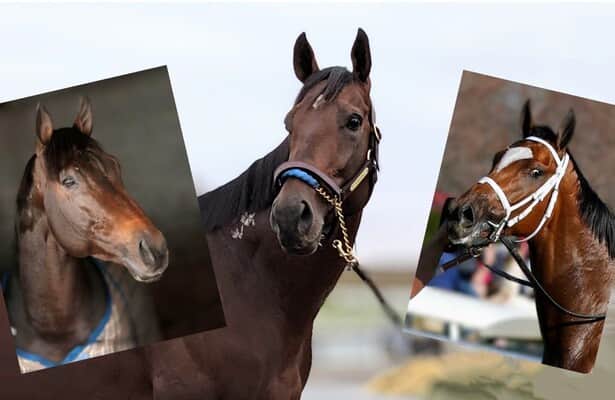 Of the top 15 horses by earnings so far in 2022, the seven whom we already know will not race again won 25 races and earned more than $15 million this season.

Those were big numbers generated by some of the sport’s biggest names, likely horse of the year Flightline, multiple Grade 1 winner Life Is Good and likely two-time Eclipse Award winner Malathaat chief among them.

But is this a rare occurrence? Not really.

The alleged dearth of talent at the top of the game was illustrated by a Clark Stakes (G1) field that sports only one Grade 1 winner, Rich Strike, among the seven entrants for Friday’s race. Of the six other entrants, only Fulsome has won multiple graded stakes.

If this septet were truly the face of the 2023 racing season, then I’d agree there are problems. But at least a half dozen of the aforementioned 15 leading earners are expected to campaign next year. They are led by two current 3-year-olds – 2022 Kentucky Derby winner Rich Strike and multiple Grade 1 winner Taiba.

Yes, the top four earners and six of the top nine all being retired are a downer, but it's hardly new.

For better but mostly worse, success earns a diploma to the breeding shed. Other good horses will take their place on the track, and so it will go as 2022 turns into 2023.