Derby Alumni: Top 3-year-olds tune up for the summer 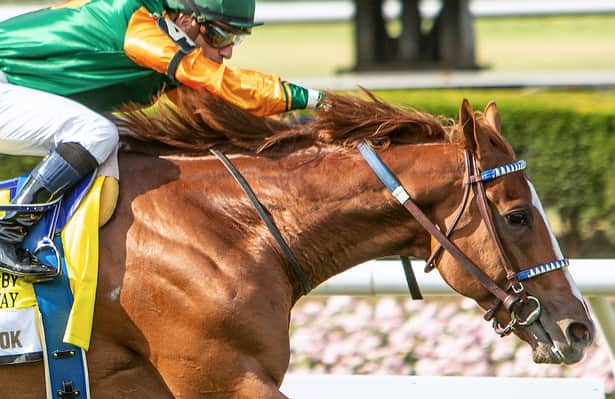 Classic Causeway, who finished 11th in the Kentucky Derby (G1) after stepping off and then re-entering the Kentucky Derby trail, found the winners' circle July 9 for the first time since sweeping both points preps at Tampa Bay Downs over the winter. Sent off at 26-1 in the Belmont Derby (G1), his first try on turf, Classic Causeway jumped to the early lead and carried the classy international field all the way around, holding by 3/4 length over Charlie Appleby raider Nations Pride.

Two of Classic Causeway's stablemates in the McPeek barn, both of whom also entered the Kentucky Derby, raced over the weekend as well. Tiz the Bomb, ninth in the Run for the Roses, finished ninth in the Belmont Derby. Rattle N Roll, scratched after not getting in from the Kentucky Derby also-eligible list, finished seventh in the Indiana Derby (G3) after clipping heels early and losing all chance.

Several Kentucky Derby alumni are pointing toward major early-summer races as well. Epicenter, who most recently worked on July 11 at Saratoga, is possible for the Jim Dandy (G2) July 30 at Saratoga. Cyberknife and Taiba are probable for the Haskell (G1), coming up July 23 at Monmouth Park, and Zandon is possible.

Kentucky Derby winner Rich Strike returned to the work tab on July 9, working toward a later-summer goal: he is possible for the Travers (G1) at Saratoga on Aug. 27.

Preakness contenders Skippylongstocking, Simplification, Happy Jack, and Fenwick all returned to the work tab for the first time since their most recent starts within the last nine days, meaning every Preakness entrant is now actively breezing again.

The first of the Preakness contenders who may be back in action is Secret Oath, possible for the Coaching Club American Oaks (G1) on July 23.

Preakness winner Early Voting is nominated for the Haskell (G1) but is not expected to go to Monmouth. Instead, he is being considered for the Jim Dandy (G2) at Saratoga. Third-place Creative Minister is probable for the other local Travers (G1) prep, the Curlin Stakes, scheduled for July 29 at Saratoga.

With the exception of Mo Donegal and Barber Road, the Belmont contenders have retuned to the work tab to tighten the screws for their summer goals.

Second-place Nest might be the first one back in action, as she is possible for the Coaching Club American Oaks. Aug. 6 at Mountaineer, Skippylongstocking probably will return to action in the West Virginia Derby (G3).