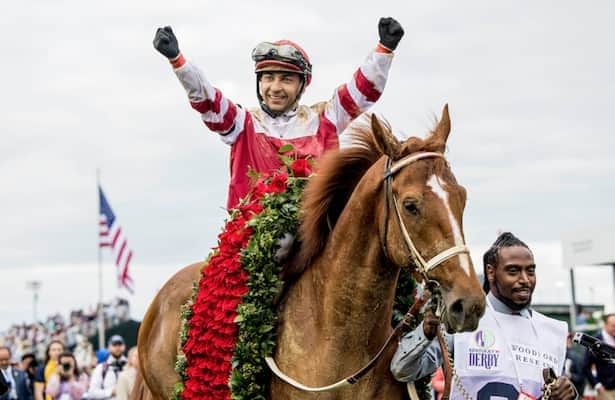 Though none of the 2022 Kentucky Derby runners were in action last week, many of them continuing to work toward late-summer goals.

Kentucky Derby winner Rich Strike worked five furlongs at Churchill Downs on Aug. 10 in preparation for the Grade 1 Travers and is expected to breeze at Saratoga on Friday. Epicenter, Zandon, Charge It and Cyberknife all continue to drill at Saratoga toward the Travers as well.

Among 2021 Derby contenders, Hot Rod Charlie lined up against the best of the handicap division for the Whitney (G1) on Aug. 6. As usual he put up a credible effort, but he was not able to keep up with Life Is Good late. He crossed the wire third, two lengths behind the winner, and was nipped by a head for second behind Happy Saver.

Brooklyn Strong has found a place in the New York-bred stakes ranks. On Aug. 12 he finished third in a state-bred event for the second straight race, chasing home 3 1/2 lengths behind the photo finish of Bankit and Sea Foam in the Evan Shipman Stakes. Helium cut back to six and a half furlongs for the Bold Venture (G3) Aug. 14 at Woodbine but could not find a kick in the lane and finished 13th, 10 lengths behind winner Secret Reserve.

Among those in the 2020 Derby, Necker Island has emerged as an effective dirt sprinter. On Tuesday he came to the six-furlong Chesapeake Stakes ready to run: He rallied from midfield, got up by a neck and crossed the wire a neck ahead of Jalen Journey, in a Colonial Downs record 1:07.72. But he drifted into another horse while making his run and was disqualified to third.

On Aug. 12 Ny Traffic took a drop in class, facing New York-bred company for the John Morrissey Handicap. He was the 1.1-1 favorite but was outpaced into the lane and crossed the wire fourth, 3 3/4 lengths behind Wudda U Think Now. South Bend also faced stakes company at Saratoga recently, in the Lure on Aug. 6. Outkicked through the final furlong, he finished seventh, 6 1/2 lengths behind long-shot winner Dynadrive.

A handful of runners from the 2019 Derby remain active. Roadster contested the Buckland Stakes at Colonial Downs on Tuesday, going nine furlongs on the grass. It was his first career turf start after 15 races on dirt. The son of Quality Road tracked the leader early but weakened around the far turn and finished eighth, 19 1/4 lengths behind winner King Vega.

Two others have appeared on the work tab in the last week: Tax and Long Range Toddy. Tax is probable for the Philip H. Iselin (G3) on Aug. 20 at Monmouth.