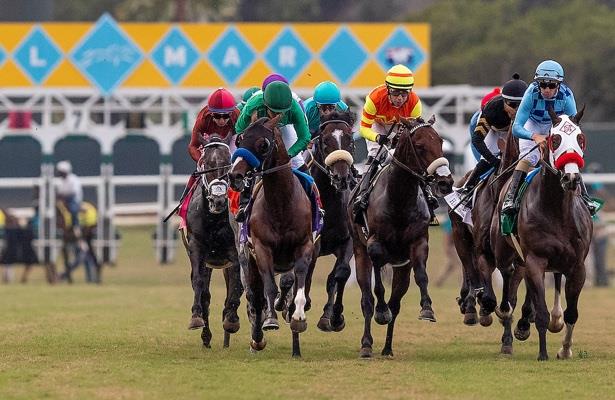 Del Mar Thoroughbred Club has added Monday, Aug. 31, as another date to its summer meet.

The track said in a news release that it expects to present a 10-race card starting at 5 p.m. ET.

The additional dates give the track 27 of its originally scheduled 28 race dates. Del Mar said it has been adding extra races to its regular cards to make up for the lost date.

Last week, Del Mar said it would raise its purses by 10 percent, retroactive to July 10, after the meet got off to a strong start. From July 10 to July 27, Del Mar conducted seven days of spectator-free racing, and wagering from its online and satellite services rose more than 5 percent from a year earlier, to $133.8 million.

The track also added a stakes race to its calendar — the $75,000 Del Mar Juvenile Filly Turf, a one-mile race for 2-year-old fillies that will be held on Sept. 6. The race had been a regular feature at Del Mar for the previous eight year, but the track said it was dropped from the original stakes schedule because of belt-tightening measures.