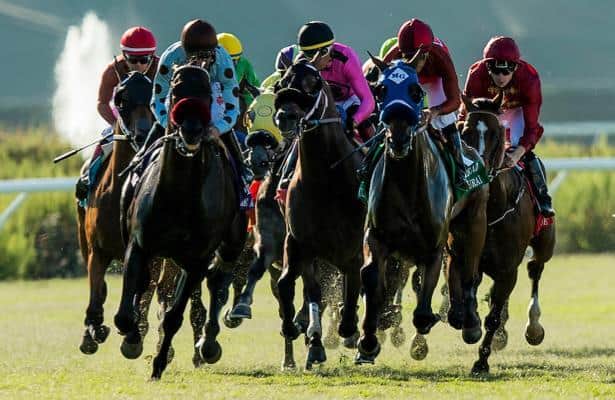 After an 0-for-19 opening week at Del Mar, things have gotten just slightly better for out-of-state horsemen who have sent horses to the seaside oval this summer.

Through the first three weeks of the meet, no fewer than 14 trainers not typically based in California have started horses at Del Mar. They are a combined 6-for-71 (8.5 percent).

The only such trainers with multiple wins are Wesley Ward and Florida-based Amador Merei Sanchez, both of whom are 2-for-3. Robertino Diodoro has had the most starters among the group with nine, but his lone win came last Thursday in a $20,000 maiden-claimer with Jewelofakid.

High-profile trainer Brad Cox also shipped a pair of horses to Del Mar for graded-stakes tries over the past two weekends and was 0-for-2. Hall of Famer Jerry Hollendorfer is back at Del Mar but without a winner.

The table below shows the three-week performance at Del Mar for trainers based out of state.

According to track officials, 120 horses eligible for the Del Mar program have started at the meet. That figure is up from 91 at the same point last year. Those horses have combined for 14 wins, which is an 11.7 percent success rate. Additionally, five “ship and win” horses already have made a second start at the meet.

Overall at Del Mar, Phil D’Amato and Bob Baffert lead the trainer standings with eight wins apiece. Next up with seven wins each are George Papaprodromou, Peter Miller and Doug O’Neill.

Del Mar kicks off its fourth week of action on Thursday with an eight-race program starting at 5 p.m. EDT.