Del Mar 2022: Mandella has 3 in mind for Pacific Classic 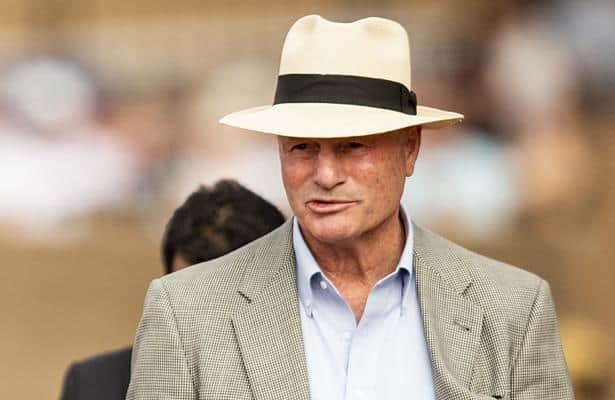 Two weeks until the deadline for nominations to this year’s Grade 1 Pacific Classic at Del Mar, the race is already shaping up to be a must-see event.

Trainer John Sadler has made no secrets about running his superstar horse Flightline in the $1 million event on Sept. 3. That raises the question of whether the undefeated son of Tapit will scare off any potential contenders to the race.

If trainer Richard Mandella is any indication, the answer is no.

Mandella indicated he may point three of his big guns to the Pacific Classic, a “win and you’re in” qualifier for the Breeders’ Cup Classic at Keeneland on Nov. 5.

Royal Ship, winner of the San Diego Handicap (G2) that is the local prep for the Pacific Classic, is one of those three possibles. The Brazilian-bred gelding has been keeping some lofty company of late. Eleven of his last 12 races have been graded stakes dating to the 2020 Del Mar Mile (G2).

Tizamagician also may represent the Mandella barn in the Pacific Classic off a runner-up finish to Heywoods Beach in the Cougar II (G3) at Del Mar on July 24, a race Tizamagician won in 2021.

Extra Hope also may get a shot in the Labor Day weekend race. The son of Shanghai Bobby was third behind his stablemate in the Cougar II and has not visited the winner’s circle since capturing the 2020 Native Diver (G3) at Del Mar.

Trainer Bob Baffert said he will point his Dubai World Cup (G1) winner Country Grammer to the Pacific Classic. The son of Tonalist finished second to Royal Ship in the San Diego on July 30.

John Shirreffs hinted about running his Santa Anita Handicap (G1) winner Express Train in the race. The son of Union Rags last ran second to Stilleto Boy in the Californian (G2) at Santa Anita in April.

More nominations for the Pacific Classic are expected to trickle in by next weekend. Nominations close Aug. 25.