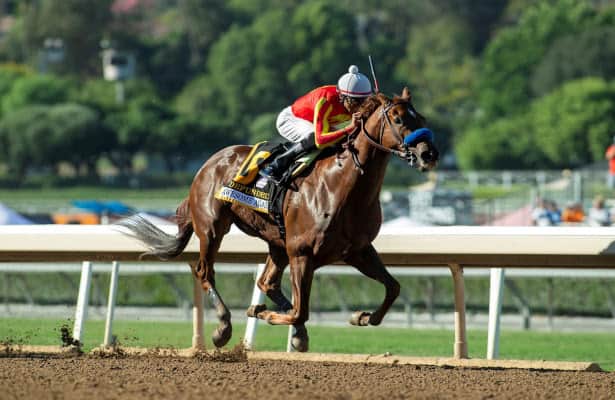 Six older horses will match strides at Del Mar Sunday in the 45th edition of the Native Diver Stakes, a Grade 3 affair named for one of California’s great racehorses.

“The Diver,” as he was known, won an amazing 34 races and was the state’s first racing millionaire. And he won his races with pure speed, something that will be prominent among the half dozen racing Sunday.

It appears the horse to beat in the 1 1/8-mile, $150,000 headliner is Defunded, the 6-5 morning line favorite. The 4-year-old gelding comes into the test off a frontrunning score in the Awesome Again (G1) at Santa Anita on Oct. 1, a race contested at the same distance as the Native Diver.

Trainer Bob Baffert had veteran jockey Edwin Maldonado named on board that day and he’ll give him a leg up again on Sunday.