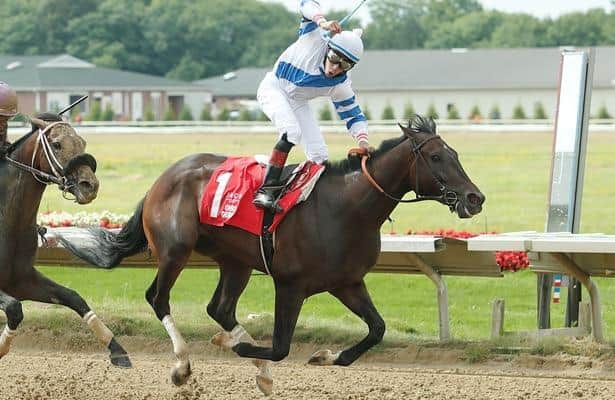 With only one remaining points race remaining for the 2020 Kentucky Derby — Saturday's Grade 3 Pegasus at Monmouth Park — the likely field for the rescheduled run for the roses is likely to shape up quickly.

One contender you can count out is Dean Martini, who generated buzz with his score in the Ohio Derby — a late addition to the Derby points calendar — on June 27.

The son of Cairo Prince had broken his maiden in May at Churchill Downs on his eighth try. He followed that with a second-place finish in an allowance optional claiming race on June 12 before his Ohio Derby win, which gave him 20 points on the road to the Kentucky Derby to rank No. 23 on the leaderboard.

In his next out, Saturday's Ellis Park Derby — also Kentucky Derby points race — he faded in the stretch to finish sixth.

Trainer Tom Amoss said in a text message on Monday that the colt, owned by Raise the BAR Racing LLC and David A. Bernsen LLC, would not run in the Kentucky Derby. He added that he and the owners "don't have a game plan yet."