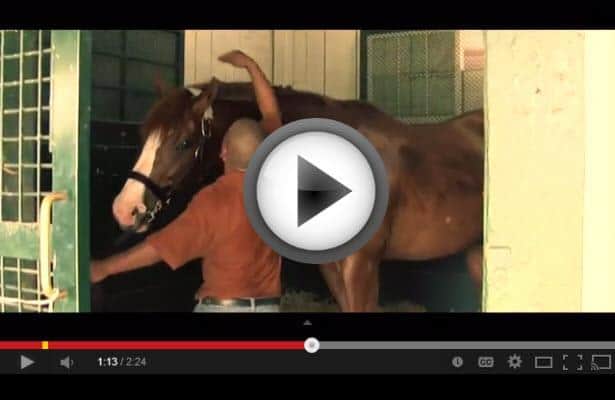 Here's some trivia for you:

What is the only place in the world where you can see the Kentucky Derby trophy, Preakness trophy, a Belmont Stakes platter, the Epsom Derby trophy, a Breeders' Cup Classic statuette, and the World Series trophy - all in one room?

If you answered "Darby Dan Farm in Lexington, KY" - you win!

You can visit this incredible collection, now on display at the farm's main house, as part of a new tour created this year. Visitors will also have opportunity to meet 2011 Preakness winner, Shackleford, and Florida Derby winner, Dialed In, on the tour.

Darby Dan Farm is a legend of the bluegrass, in the same league as Calumet for sheer number of stakes winners, champion sires and blue hen mares. Originally founded as Idle Hour Stock Farm in 1906 by Col. E. R. Bradley, the farm was home to four Kentucky Derby winners in the 1920s and '30s. Col. Bradley was known for giving his horses names that started with the letter "B" - like Derby winners Bubbling Over, Burgoo King, Behave Yourself and Broker's Tip. Col. Bradley also imported European stallions and mares, adding valuable outcrosses to American bloodstock.

This tradition continued in the 1950's, when the farm was purchased by John Galbreath. He renamed the farm Darby Dan and set out to make it his own in a big way. Galbreath brought the influential stallion Ribot to the US, and in 1972, Darby Dan homebred Roberto won the Epsom Derby in England. Under Galbreath's ownership, the farm bred two more Kentucky Derby winners as well, Proud Clarion and Chateaugay.

The current master of Darby Dan is Galbreath's grandson, John Phillips. Under Phillips' management, the farm has thrived - fan favorite Winter Memories is just one of the stakes winners to carry the Darby Dan colors in the last decade. Movie buffs may recognize the farm's green-trimmed barns from the movie "Secretariat" -several of the scenes were shot there.

Though Darby Dan has welcomed visitors to its stallion barn for many years, the new tour includes two rooms in the stately mansion, built in 1828. Racing fans will get to see the aforementioned six trophies, plus many more, in the newly-constructed trophy room. The trophy room's design was based on old photographs recently discovered of the one used by Col. Bradley.

Next to the trophy room is Col. Bradley's office. An antique desk and chairs furnish the space that is highlighted by picture windows offering a panoramic view of the rolling Kentucky countryside. One can almost envision the Colonel himself gazing out at his estate from this room. 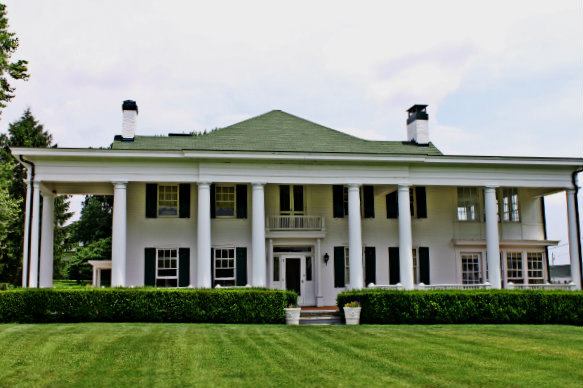 You can experience Darby Dan Farm yourself, Tuesdays through Saturdays. Admission is $10. Contact Tracie Willis, tracie@darbydan.com, to schedule your tour.

Fans of the farm and its horses can find quality Darby Dan merchandise at its new online store - shop now!

Now about that World Series trophy - John Galbreath was quite the sportsman, and as well as owning one of the top thoroughbred farms in history, he was the owner of the Pittsburgh Pirates! The Pirates won 3 World Series titles, in 1960, 71 and 79. In fact, the Epsom Derby winner, Roberto, was named after Pirates player Roberto Clemente. The three World Series rings, as well as Clemente's last baseball bat, are also on display in the trophy room.

Charge It returns a winner at Gulfstream Park
Charge It made a much-anticipated and triumphant r...
x