Danon Pharoah, the other American Pharoah colt in the race, pulled away in the late stages to take the Japan Dirt Derby over Daimei Corrida with Kitano Octopus a distant third.

The previously undefeated Cafe Pharoah sat third in much of the running and was tucked in on the rail of the muddy track, but never made a move and tired in the stretch to finish mid-pack in the field of thirteen 3-year-olds.  The loss was the first of Cafe Pharoah's career in four starts. 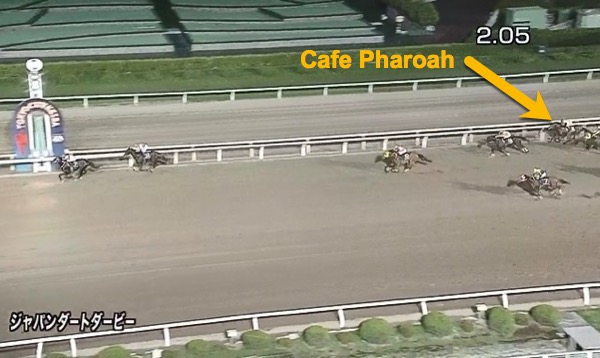