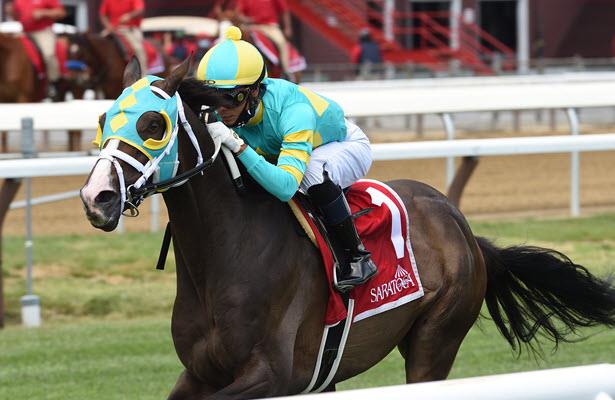 Giving Cross Border a shot at Saratoga’s Grade 2, $250,000 Bowling Green Stakes off a layoff of less than two weeks proved the right decision.

Cross Border finished second Saturday to Sadler’s Joy after a rough trip through the stretch in the 1 3/8-mile Bowling Green. After an objection, New York stewards called Sadler’s Joy for interference and bumped him all the way down to fourth, elevating Cross Border to the win.

Marzo went out to a lead in the six-horse Bowling Green, going through fractions of :25.30, :50.38 and 1:15.68. The field moved closer to the pace setter coming through the third turn and was in close quarters coming home.

Sadler’s Joy and jockey Javier Castellano came with a big rally on the outside but moved down a lane into Cross Border and rider Jose Ortiz. That move also affected fourth-place finisher Channel Maker, who had to check up and was passed by a late-running Highland Sky on the far outside.

After the stewards reviewed the video, they bumped Sadler’s Joy behind Channel Maker and into the fourth place. Cross Border, Highland Sky and Channel Maker were the official 1-2-3 finishers.

Cross Border returned $6.40 as the 2-1 second choice. He entered a hot horse off a Saratoga victory July 22 in the Lubash Stakes, prompting trainer Mike Maker to try the Bowling Green.