Crazy Beautiful improves to 2-for-2 with Debutante triumph 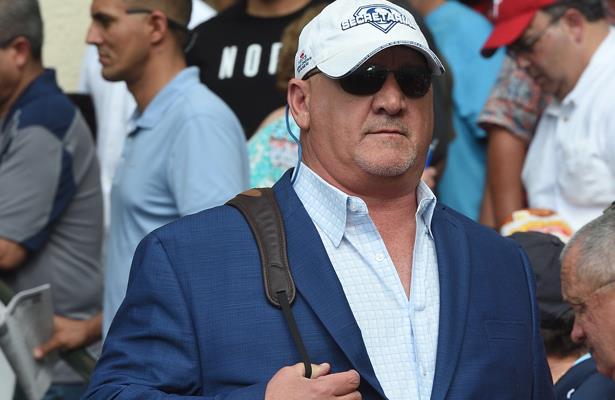 No matter the surface she travels on, Crazy Beautiful has turned her ventures to Ellis Park into strolls in the park.

Having broken her maiden at first asking over the Henderson oval’s turf course on July 5, Phoenix Thoroughbred’s Crazy Beautiful switched to the main track and delivered equally stellar results when she came up the inside path during the stretch drive and kicked on handily to win the $100,000 Debutante Stakes on Sunday.

The Debutante Stakes was one of five stakes on the Ellis Park card, highlighted by the $200,000 Ellis Park Derby.

Crazy Beautiful’s 3 ½-length score going one mile on the turf last month was impressive enough to send her off as the 5-2 choice from the betting public in the 12-horse as she attempted to translate her talents to dirt. Breaking from post 4 under jockey Rafael Bejarano, the daughter of Liam’s Map showed she indeed could handle the main track with similar aplomb in Sunday’s seven-furlong test.

“She trained like a good thing from the beginning,” said Ken McPeek, trainer of Crazy Beautiful. “I was a little nervous because she hadn’t run on the dirt yet. But it looks like she’s just as good on that as she was on the turf.”

After rating back in ninth while longshot Seguro covered the opening quarter-mile in :22.10, Crazy Beautiful began working her way forward but still had about five rivals in front of her as the field came around the far turn. With a wall of horses in their path, Bejarano initially tried to angle Crazy Beautiful to the outside but made contact with Xtrema around the three-sixteenths.

Instead, Crazy Beautiful altered course back toward the rail where she and Bejarano found plenty of daylight en route to a 3 ¾-length triumph. James Graham, jockey of Xtrema, lodged a claim of foul against the winner for interference but the results - and with it, Crazy Beautiful’s perfect record - were allowed to stand.

“My horse was much the best in the race,” Bejarano said. “I was in perfect position. Behind horses she was fine. But as soon as you got close to the horses, she kind of got excited, angry because of the first time dirt in her face. Last time she was on the turf. I came out a little bit, but the No. 8 pushed me in and tried to make me look bad. This is going to be a really good horse.”

Mania under Sophie Doyle held for second at odds of 24-1 with Fabricate finishing third. The final time for the seven furlongs was 1:23.71 over a track rated fast.

"Mania ran a great race today," Doyle said. "We managed to make it through some tough traffic and started to get clear. The winner was much the best and once she got past us at the 16th pole, Mania just didn’t have enough to catch her. She (Mania) ran a clunker at Keeneland, but today she ran well and I expect her to continue to improve.”

Crazy Beautiful was bred in Kentucky out of the Indian Charlie mare Indian Burn and improves her earnings to $80,445.
“She pulled us into this race because she’d been training so good,” McPeek said. She’s a really good filly. Sky’s the limit. I think she’ll be a better dirt horse. She acts like it. She won on the turf in spite of it.”
Crazy Beautiful Ellis Park Debutante Ellis Park Debutante (2020)