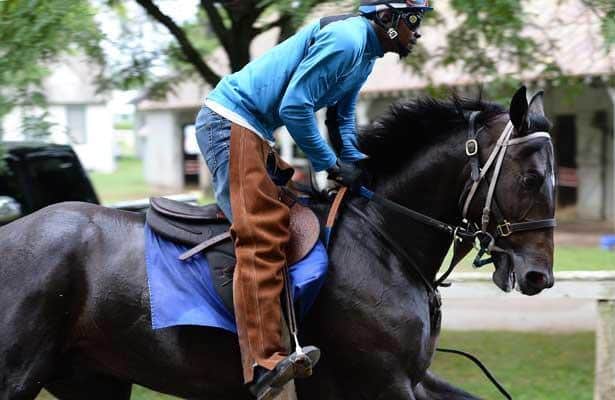 Zenyatta’s first foal, Cozmic One, will retire as a maiden racehorse. But he may not be done competing.

Kentucky-based De Sousa Stables — in conjunction with Team Zenyatta — on Tuesday announced the 5-year-old by Bernardini is now a “2018 Retired Racehorse Project hopeful.”

“Can’t wait to start working with him and see where we go,” a Facebook post said. De Sousa Stables also confirmed Cozmic One is now gelded.

The RRP works to place former racehorses in second careers, oftentimes through equestrian competition. The main event is the Thoroughbred Makeover from Oct. 4-7, 2018, at the Kentucky Horse Park. A variety of disciplines, including competitive trail, dressage and show jumper are offered.

Having debuted in April 2015, Cozmic One never finished better than fourth for trainer John Shirreffs, an example that proved even the most regally bred horses don’t come with guarantees.

The champion Zenyatta’s second foal, Ziconic, is 0-for-10 and still in training with Shirreffs having last worked on Saturday. She lost two other offspring, both by War Front, but last May gave birth to a filly by Medaglia d'Oro.