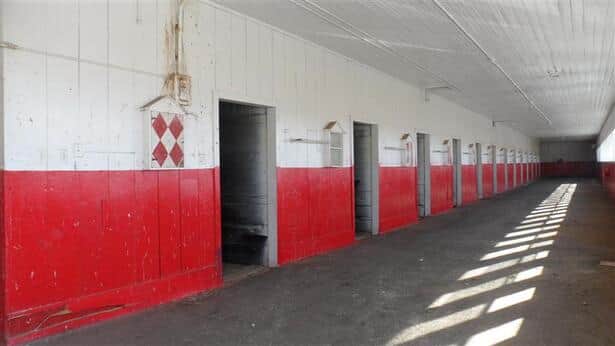 When betting horses it can be easy to forget these animals aren’t machines. Some Thoroughbreds remind us of their animate features constantly. Cousin, a quirky, temperamental, stubborn, hot-headed mess of speed was the kind of horse that made handicappers and his owner get down on their knees and pray for him just to cross the finish line without embarrassing anyone. When Cousin wasn’t giving Alfred Vanderbilt (his owner) nightmares, he was running, and running fast.

Cousin was purchased for $20,000 as a yearling in 1950, Alfred Vanderbilt had a bad case of derby fever. It’d been 18 years since his last runner and he figured that if Sagamore Farm couldn’t breed him a derby winner, maybe it could buy him one. The Kentucky-bred son of Priam and therefore grandson of Pharis, Cousin’s pedigree was less than exceptional. Not containing the Bull Lea, Man O’ War, or Sir Gallahad II blood one would expect in a derby horse, no one can really say exactly what Vanderbilt saw in Cousin. Whatever it was, Vanderbilt had made a kinda-sorta-goodish-bad choice.

One of Vanderbilt’s best choices was to hire Claude “Apples” Appley, a farmhand, groom, exercise rider and stable manager starting in 1933. Appley found Cousin not lacking in talent, but rather sanity. “...he was crazy from the word go. After I galloped him the first time, I came home and told my wife, ‘I got on the damnedest horse today’”. Cousin’s talent wasn’t ready in his first start, though, finishing a mediocre third. Eventually Cousin did manage to get his wits collected, and in his two year old year, with Vanderbilt hoping that his debut had been a fluke, Cousin won. He smashed through three consecutive victories, enough for the handicappers at Saratoga to assign him four more pounds than Tom Fool in the Grand Union Hotel Stakes.

Alfred Vanderbilt had Cousin shipped up to Saratoga Springs, Vanderbilt ready to show the world what the folks at Jamaica racetrack had already seen - he was some horse. Cousin, however, did not consent to the change of scenery. He refused to train over the Saratoga surface, and after being cautiously walked over to Saratoga’s dirt oval he would promptly fall over “like he’d been shot and refuse to get up”. It took a favor from Jock Whitney and Greentree for Cousin to work and extend himself, as he flew over their private track that was also being utilized by Tom Fool.

In the Grand Hotel Stakes Cousin decided that Saratoga Springs was a nice bit of country and coming out of the starting gate, he found himself a nice piece of ground and homesteaded, stumbling badly. Coming down to the wire Cousin was second to Tom Fool, but competitive, and Vanderbilt had not lost hope yet.

Bayard Sharp, a friend of Alfred and member of the Jockey Club, once shared that “We were all helping Alfred with the horse at Saratoga. Alfred came to me and said, ‘I have this nut and he hates my lead pony and I can’t get him to the track to work. Maybe we can fool him. Would you lend me your lead pony?’ So I did. And it didn’t help! Cousin kicked the hell out of my lead pony and never got to the track! But then we get to the Hopeful and here we’ve all helped Alfred with the horse, lent him lead ponies and what not, and Cousin goes and beats us all!”

Matched with the same amount of weight as Tom Fool, Vanderbilt’s feelings were captured perfectly in the name of Cousin’s 6th start - Hopeful. The sun shone brightly on the packed stands as Cousin settled himself in the field and took off, besting Tom Fool’s rally and stamping himself as the horse Vanderbilt knew he had - a fast one and a talented one.

Cousin swept Saratoga like he owned the place, his quirky habits vanished and he began to shine. His three consecutive victories in the Great American, Flash and Saratoga Special were marred only by his attempts to lay down in the starting gate and his throwing Eric Guerin, his jockey, by enough lengths than Guerin, had he been a horse, would’ve been a decisive winner. Vanderbilt called in a vet and the vet’s diagnosis was clear - “this horse is plumb crazy!” With the end of the Saratoga meet, Cousin went to Belmont to try his luck. Starting in a seemingly easy six furlong allowance race, Cousin was back to his old ways. The horse tried to fly, breaking into the air and finishing nowhere close to Hill Gail (the 1952 Kentucky Derby winner) or Tom Fool.

A seventh place finish in the Anticipation Stakes began to cast doubt in Vanderbilt’s mind. When he entered Cousin in the Futurity on October 6 it was some race, but between Tom Fool, Primate, Jet’s Date and Hill Gail. Cousin teetered over the wire eighth. Alfred Vanderbilt hoped a rest might straighten up Cousin, and Tom Fool was named two year old champion of 1951.

Big thanks to John Eisenberg and William H. P. Robertson for their books, Native Dancer: The Grey Ghost and History of Thoroughbred Racing in America.