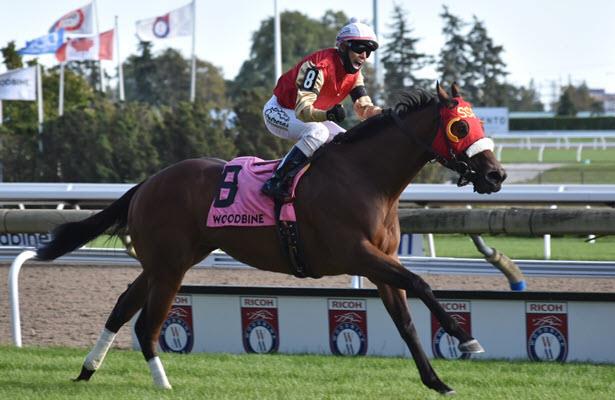 As the field of nine headed into the stretch in the Grade 3, $125,000 Singspiel Stakes on turf at Woodbine, it appeared to be anyone’s race. But it was Count Again, who had sat behind the speed for much of the race, who came running.

The 5-year-old gelding, trained by Gail Cox and ridden by Luis Contreras, blasted to the front and held on, winning his stakes debut at 9-1. Sir Sahib was second and was followed by Say the Word

A son of Awesome Again out of Count To Three, by Red Ransom, Count Again won for the first time since winning an allowance race at Tampa Bay on Apr. 3.

Count Again is a homebred for Sam-Son Farm. He returned $21.10 for the win.