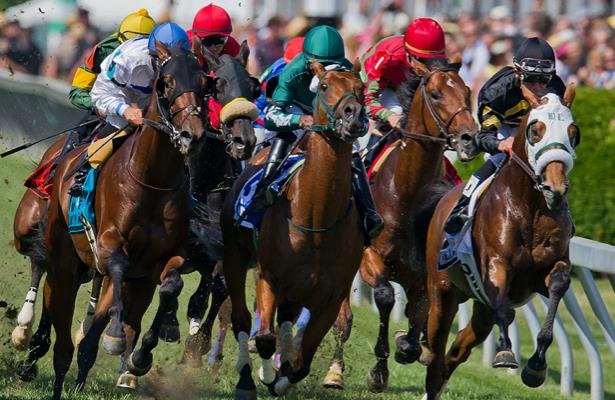 And on Tuesday, then there were two.

The racing and national gambling spotlight will shine squarely on Oklahoma's Will Rogers Downs and Nebraska's Fonner Park as their respective race cards remain the only games going in the United States amid the coronavirus pandemic.

Of course, both will run behind closed doors, as tracks have continued to operate out of necessity to take care of their horses while mitigating the virus' spread.

First post time for Will Rogers' nine-race card is 2:15 p.m. ET. More than half of those events measure double digits as far as entries.

• Will Rogers Downs entries and results

Fonner Park goes postward for the first of 10 races at 4:30 p.m. ET. Field sizes are large there, too, with seven the minimum number signed on in any race.

Along with those who begin their racing weeks on Thursday, Santa Anita Park is also scheduled to race Friday through Sunday.

Woodbine postpones start of its 2020 meet

5 events to watch this week as racing grinds on

• The New York Racing Association last Thursday suspended racing at Aqueduct "until further notice" after a backstretch worker at Belmont Park tested positive for COVID-19. That worker and his roommate were quarantined, and a decision on races such as the April 4 Wood Memorial (G2) pends.

• Government mandates put racing to a halt elsewhere, namely in Maryland, where Laurel Park is shut down on orders from the governor. Sunland Park in New Mexico also halted races, including its signature Sunland Derby (G3), on recommendation by its governor, while Mahoning Valley is on pause by issue of the Ohio Racing Commission.

• A number of tracks that have canceled racing have purse structures tightly connected to on-site casino revenue. When the casinos closed, so did the tracks. These include Parx Racing and Penn National.

• Of course, the Kentucky Derby and its postponement to Sept. 5, when Churchill Downs hopes to run the race in front of spectators, tops the list. Churchill's entire Derby week schedule, including the Kentucky Oaks on Sept. 4, will shift to the first week in September.

• Keeneland canceled its Spring Meet, a rite of passage in Kentucky. Since making that call, the track has said it may seek non-traditional race dates in exchange. Details are slim at this point.

• The Dubai World Cup night card scheduled for Saturday -- its 25th running -- has been axed as well. Americans pointing to the $12 million World Cup were Sir Winston, Tacitus, Mucho Gusto, Math Wizard and War Story along with other runners on the undercard. The U.S. horses had already shipped to the Middle East when the decision was made.

• Oaklawn Park filled a void on the first Saturday in May by moving the Arkansas Derby (G1) to that date from April 11. With that the last points prep on the current schedule, Churchill is putting together an extended road to the Derby running through the summer and using existing stakes for 3-year-olds.

Racing Around the World

How are other countries' jurisdictions handling the pandemic?