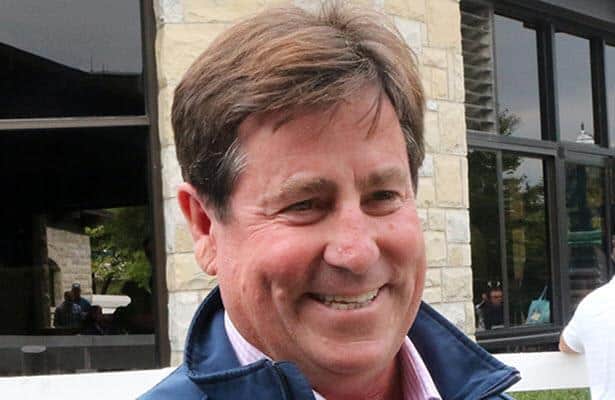 Prominent Thoroughbred consignor Tom VanMeter issued an apology Tuesday after racist comments he made on a private Facebook page on June 30 were circulated on social media.

Screenshots of VanMeter’s racist Facebook posts were shared via Twitter on Monday. VanMeter’s comments included referring to the National Football League with a racist word for black that starts with “N”, as well as a later reply that read “Put em back in their cages.”

On Tuesday, VanMeter provided the following statement of apology to Thoroughbred Daily News:

“Over the weekend, comments I made on a private page of a social media platform surfaced which have since come under scrutiny due to their racist nature. I will not attempt to deny that I wrote the comments, nor will I attempt to justify my actions.

"Certainly, I am frustrated with the current social situation in our country, however, what I wrote was unjustifiable. I was wrong and am disgusted by my actions. Contrary to what these comments might suggest, in no way do those responses represent my true feelings towards my friends and community members of color. Moving forward I am committed to listening and learning as to how I can be a better ally and advocate in my community and within the racing industry as to how we can better foster inclusivity for all.

"In the meantime, as a gesture of goodwill, I have made a donation to the NAACP in support of the important work this organization continues to do. I am hopeful all the industry stakeholders and the community at large can forgive me. I can and will do better.”

At last year's marathon Keeneland September sale -- which is the largest yearling auction in the world -- VanMeter's consignment sold 38 horses for just over $4.25 million.