Collmus 'getting back in action' calling Kentucky Downs' races 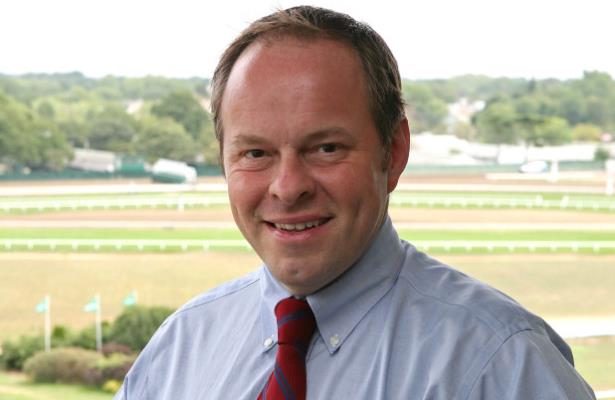 “I’m excited about calling the races at Kentucky Downs and looking forward to getting back in action,” said Collmus, who was the New York Racing Association announcer from 2015 through last fall after spending a year calling the races at Churchill Downs. “The purses at Kentucky Downs are second to none and the unique layout is a fun challenge. I’m thrilled to share the mic with Michael. We’ve known each other for decades, and we certainly have a lot in common.”

Ted Nicholson, Kentucky Downs’ senior vice president and general manager, said that Collmus and Wrona will split the races for the track’s opening Labor Day card on Sept. 7, with Wrona announcing on Sept. 9 and 10 and Collmus closing out the meet Sept. 12, 13 and 16.

The job sharing works with both men’s schedules.

Collmus will be in Kentucky to call the Kentucky Derby, which was postponed until Sept. 5. He was Churchill Downs’ announcer in 2014 before replacing the iconic Tom Durkin in New York.

“This is a great coup for Kentucky Downs to get two of the best announcers in the world to call our six days of racing,” said Nicholson, who met Collmus when both worked at Boston’s Suffolk Downs. “For Larry to be even available is incredible, but I’m thrilled he was. I’ve known Larry for 30 years. It’s great to get him alongside Michael. To have both of them on opening day — our first on Labor Day — is just amazing. They are two of the best announcers anywhere. We’ll have fun with this.”

A Maryland product, Collmus’ career in the booth began in 1985 as an 18-year-old serving as the back-up announcer at his state’s racetracks. His first full-time position came in 1987 at the short-lived Birmingham Turf Club. He subsequently called the races at Northern California’s Golden Gate Fields from 1988-91 (with Wrona succeeding him), moving on to Suffolk Downs (1992-2008) and New Jersey’s Monmouth Park (1994-2013). Collmus was the voice of Gulfstream Park’s showcase winter meet from 2007-2016 before stepping down to lighten a schedule that had no break with the addition of New York.

Again following Durkin, Collmus has provided the race call for NBC’s Triple Crown broadcasts since 2011 and the Breeders’ Cup since 2012.

As with Wrona last year, Collmus never has had the opportunity to attend the races at Kentucky Downs.

“I’m looking forward to getting there, and I’m certainly going to watch a lot of replays from races there to get an idea,” Collmus said. “I’ve heard it’s a real challenge, a completely different layout than your normal racetracks. I’m looking forward to relying on Michael to get some insight, because he’s been there, done that. I’m sure he’ll be a great help. I haven’t seen Michael in awhile. It will be fun to get together.”

The Australian-born Wrona is one of racing’s most colorful and entertaining announcers. He also followed a legend, taking over from Trevor Denman in 2016 for a two-year tenure at Santa Anita. Wrona was 17 in 1983 when he started his career, coming to the United States in 1990 and calling races at American tracks from coast to coast and in between as well as overseas.

“My maiden voyage at Kentucky Downs last year was challenging and invigorating, and I’m excited to again be involved with this unique, high-profile race meeting,” Wrona said. “Larry and I go way back, but I don’t get to see him very often - not since we both called the 2016 Breeders’ Cup,” when Wrona called the races for Santa Anita and Collmus for NBC.

“It will be fun sharing the opening day duties — it’s just the latest example of management’s innovative, creative approach to presenting its top-class product.”