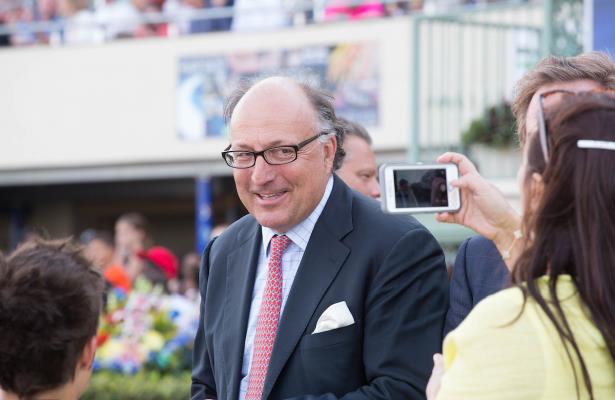 A total of 96 New York-breds are entered on the special 11-race card which celebrates the best of New York racing, featuring eight stakes races worth $1.75 million, topped by the $300,000 Empire Classic at 1 1/8 miles.

Open-company stakes victors Gucci Factor and Therapist will represent Clement's barn in the $200,000 Hudson, a 1 1/16-mile event over the Widener turf course. Owned by Castelton Lyons, Gucci Factor won the Grade 3 Poker over the summer but was left at the gate last out in the Ashley T. Cole, where he was sixth, beaten 3 ¼ lengths to fellow Hudson contestant Dot Matrix.

An Oak Bluff Stables homebred, Therapist is a four-time stakes winner against open company over three different surfaces, most recently winning the Elusive Quality on April 17 at Belmont Park. The son of leading New York stallion Freud arrives at the Hudson off of a narrow fourth in the Ashley T. Cole, where he was beaten 1 ½ lengths.

"Both have trained well going into this race," Clement said. "Gucci Factor got very unlucky with the gate last time, but has been training very well since so he's a go.

“Therapist also has been very consistent. A mile and a sixteenth might be better for him than a mile and an eighth, so I'm excited to see him run. I entered him in a race next week going seven-eighths. If the race goes, I'll run him there."

The son of second-crop sire Mucho Macho Man won the Funny Cide on Aug. 23 at Saratoga before finishing third, a head behind Cleon Jones in the Bertram F. Bongard on Sept. 20 at Belmont Park last out.

"All good with him,” Clement said. “He's run three good races. He's trained forwardly. His works were a touch slow to start with, but he always finished up well. One mile shouldn't be a problem.”

Clement will have a pair of turf contenders in the $200,000 Ticonderoga in Munchkin Money and Wegetsdamunnys.

Owned by Sweet Home Stables, Mark Parkinson, Brian F. Martin, and Steven and Tony Weintraub, Munchkin Money has made three starts for Clement after being transferred from the barn of Brian Lynch, winning her first start for new connections where she defeated Grade 1-placed stable mate Chipolata in an open company allowance in June over the Belmont Park inner turf.

Last out, Munchkin Money was entered in the John Hettinger but was pulled up strides out of the gate after a slow start.

Clement said Wegetsdamunnys, third in the John Hettinger last out, could scratch if the turf comes up too firm. Three starts back, Wegetsdamunnys was a three-quarter length winner against state-bred allowance company at Saratoga.

"If the ground is not too firm I'm running, if it looks too fast I may scratch and run elsewhere," Clement said. "Every time she's at the back she finishes well. If it's on fast ground, she never has a chance to quite get there. If it's a little on the soft side, the speed can come back, and she can get there."