Clement looks for turnaround with Soldier Rising in Red Smith 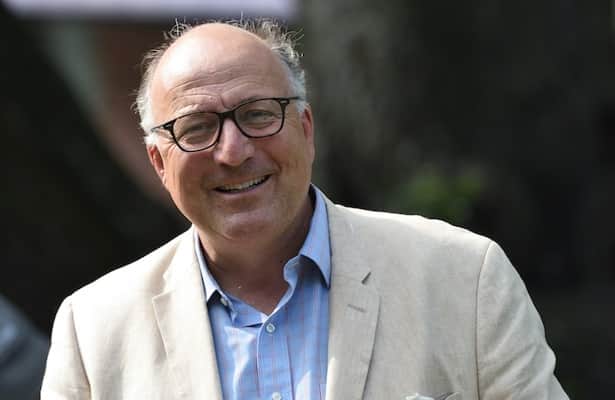 Soldier Rising has been something of a hard-luck horse since joining the barn of trainer Christophe Clement last summer. But the veteran conditioner is hopeful that fortune will be on his side in a 12-horse field for Saturday’s Grade 2, $300,000 Red Smith for 3-year-olds and upward going 11 furlongs on the Aqueduct inner turf.

Solider Rising, a 4-year-old Frankel gelding, was a close third in last year’s Red Smith, coming from last of 10 and finishing a half-length in arrears of Serve the King, who was a neck better than Grade 1 winner Channel Cat. That effort followed his first two starts for Clement, which were a pair of runner-up efforts behind international stalwarts in the Turf Triple series. He finished behind State of Rest, a Grade/Group 1 winner in four countries, in the Saratoga Derby Invitational (G1) and eventual Champion Turf Male Yibir in the Jockey Club Derby Invitational.

This year, Soldier Rising earned his first trip to the winner’s circle under Clement’s tutelage when contesting a second-level allowance optional claimer over a yielding inner turf course at Belmont Park on June 3. He followed with a hard-fought second to 2020 champion turf male Channel Maker in the Grand Couturier on July 8 before victoriously cutting back to 1 3/16 miles in a third-level allowance optional claimer three weeks later at Saratoga Race Course.

Solider Rising proved himself highly competitive among some of the best the turf division has to offer in his last two starts, both at Grade 1 level going 12 furlongs. Following a late-closing third behind stablemate Gufo in the Sword Dancer on Aug. 27 at Saratoga, he was a troubled fourth in the Joe Hirsch Turf Classic on Oct. 8 at Belmont at the Big A. He made an inside rally in the stretch of the Joe Hirsch poised for a placing, but had to steady passing the chute and finished fourth beaten 3 1/2 lengths by Grade 1-winning turf mare War Like Goddess.

“I thought in his last race, he did not have much racing luck,” said Clement, who saddled Flag Down (1995) and Grassy (2011) to previous Red Smith scores. “He was down on the inside. He had to check at the eighth pole and he’s a steady kind of horse with a great turn of foot. If you stop his momentum, it’s a bit difficult. The mare was much the best that day and I thought we could have been second with a better trip.”

Clement said he is anxious to get Solider Rising a well-deserved sakes victory.

“He’s a nice horse, he’s competitive and we’re trying to win a stakes with him,” Clement said. “It will be his last race of the year and we’ll pull the plug after that and we’ll see what happens.”

Solider Rising boasts a reliable 14: 4-5-3 record with earnings of $721,211. He began his racing career in France under the care of French champion trainer Andre Fabre for whom he went 4: 2-2-0.

Jose Ortiz, the pilot in both of Solider Rising’s stateside victories, will ride from post 9.

Trainer Al Stall Jr. will ship up Reigning Spirit following a narrow second-level allowance triumph on Oct. 9 at Keeneland. The son of War Front, out of three-time winner Upperline, was nearly 10 lengths off the pace and was widest of all in the final turn but had enough momentum to get his nose on the wire first.

“He really ran a good race. He blew up to the lead like he was just going to go on by, but he’s still learning things,” Stall, Jr. recalled. “He really idled and finished with a little more in the tank than you’d think. Thank goodness he got his nose down and won. The turn of foot he showed was nice to see.”

A sixth-out graduate going 1 1/16 miles in February 2021 at Fair Grounds, Reigning Spirit did not return to action until nearly one calendar year later when sixth in an allowance event at the New Orleans oval, but made his second start off the bench a triumphant one at the same racetrack. He launched a breakthrough performance in May when finishing a close second at 62-1 odds in the Louisville (G3) on May 21 at Churchill Downs. Following that effort, he finished third in a Saratoga second level allowance optional claimer and a distant sixth at the same level at Kentucky Downs – both with Hall of Famer John Velazquez in the irons.

“We were hunting three turns and that was the only spot there,” Stall said of the Louisville. “When the turf went south, the race that we targeted didn’t come to pass. He needed the race in Saratoga. He ran a good race with Johnny, positioned well, just not quite punching like we thought he would. He’s a big, big horse and he wasn’t so balanced over at Kentucky Downs. I think the flat type of courses are better for him.

“It took us a long time but hopefully we found a nice niche with him. We’re trying these types of races,” Stall continued. “That’s our game plan. He’s run really well, he’s in good form and we’re looking forward to running him.”

Junior Alvarado will ride Reigning Spirit for the first time from post 7.

?The 5-year-old son of Quality Road made two starts for his current trainer as a sophomore before shipping to the West Coast with John Shirreffs, capturing the Del Mar Handicap (G2) last August at 24-1 odds before finishing 12th in the Breeders’ Cup Turf last November at Del Mar. Following a distant eighth in the Del Mar Mile (G2) in September, he was transferred back to Albertrani and earned his first Grade 1 placing in the Joe Hirsch Turf Classic, where he recorded a career-best 100 Beyer Speed Figure.

Temple brags field-best earnings of $733,113 as well as a graded-stakes triumph at the Red Smith distance for trainer Mike Maker. The 6-year-old Temple City gelding captured the Mac Diarmida (G2) on March 5 at Gulfstream Park in his most recent victory, while earning placings when third in the United Nations (G1) in July at Monmouth Park and the last out Sycamore (G3) on Oct. 14 at Keeneland, where he finished a length behind Grade 1 winner Highland Chief.

In the money in all three starts over the Big A turf, Temple captured the 2019 Gio Ponti during his sophomore year.

Hall of Famer Javier Castellano will ride Temple from post 8.

Hall of Famer Bill Mott seeks his first Red Smith conquest since saddling turf champion Theatrical to victory in 1987 when sending out Mooney Love. The 4-year-old Australia bay made his North American debut a winning one in July in a last-out first level allowance going 12 furlongs over the Saratoga inner turf.

Bragging a consistent 12: 4-1-3 record, Mooney Love has won races in both Italy and Germany before coming stateside.

Breaking from post 6, Mooney Love will be ridden by Joel Rosario.

A stakes winner on dirt as a sophomore, the 6-year-old Highest Honors has proven useful as a turf stayer having finished third in the aforementioned Louisville, Grand Couturier and Sycamore.

Balthus will look to give Brown and Brant their second straight Red Smith coup, having collaborated with last year’s winner Serve the King. The Irish-bred 4-year-old son of Galileo did not break his maiden until May going 10 furlongs over the Belmont inner turf and followed with two more scores going long distances on the grass. He enters off a fifth-place finish in the Sycamore.

Completing the field are Daunt, who looks to become the first 3-year-old to win the Red Smith since Monarch’s Maze (1999); Graded-stakes placed Shawdyshawdyshawdy, who arrives off two straight wins; multiple stakes-placed Beacon Hill; stakes-winner Dynadrive and multiple stakes-placed New York-bred Cold Hard Cash. Kinetic Sky and I Am the Law have been entered for main track only.

Known as the Edgemere Handicap until 1981, the Red Smith pays tribute to the late Pulitzer Prize-winning author and sportswriter Walter Wellesley “Red” Smith, whose 55-year career in journalism covered a wide array of sports, including horse racing, for the New York Herald Tribune and the New York Times.