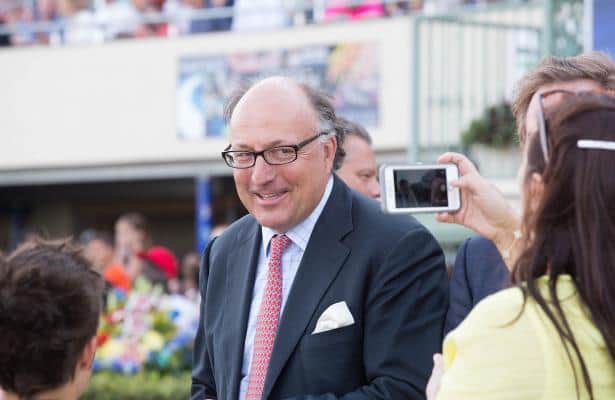 The 1 3/8-mile Orchid for fillies and mares 4 and up on the turf returns to the Gulfstream calendar following a one-year absence for its 55th renewal as one of three $100,000 stakes, two graded, on an 11-race card that serves as a prelude to Saturday’s Florida Derby (G1) program.

Homeland Security, a 5-year-old Smart Strike mare, was purchased by Moyglare Stud for $460,000 at Keeneland’s November 2018 Breeding Stock Sale after eight career starts for Klaravich Stables and William H. Lawrence, four of them wins. Among them were the River Memories Stakes last summer and the Zagora Stakes Oct. 28, both 1 ½ miles at Belmont Park, the latter her most recent start.

“She’s a stakes winner in New York so I knew the filly well because I raced against her last year. I like her,” Clement said. “She’s done everything right and she looks well. It’s a touch ambitious to come back in a graded-stakes but she wants to go a mile and a quarter or more and we don’t have that many choices.”

Homeland Security has breezed eight times since late January at Clement’s winter base of Payson Park in preparation for her return, the second time in stakes company. She ran last of eight in the Glens Falls (G2) last summer at Saratoga.

“She enjoys it here. She gets turned out every day,” Clement said. “At the beginning of the winter she looked very wintry and needed a break and now she’s good, summer coat, sound and looking very willing in the works, so let’s go.”

Hall of Famer John Velazquez has the mount from Post 5 in the field of nine at 122 pounds.

Madaket Stables, Tim Cambron, Anna Cambron and Bradley Thoroughbreds’ Kallio will be making her graded-stakes debut in the Orchid. Trained by Brendan Walsh, the 4-year-old daughter of Scat Daddy opened her season with a 2 ¾-length triumph in a 1 1/8-mile optional claiming allowance over the Gulfstream turf Feb. 7.

“She ran really well last time and she’s putting things together. She’s been a little quirky, mentally, but she’s putting the pieces together and she’s turning into a pretty nice filly. This will be a big test for her but she’s ready to take a shot against these good fillies,” Walsh said. “She’s been progressing, so hopefully with a bit of time she’ll get better and better. I think we’ve still to see the best of her.”

Kallio came from well off the pace in her most recent win, but has also had success racing close to the pace, as she did in breaking her maiden by a neck last fall at Kentucky Downs. Tyler Gaffalione rides from Post 8.

“She’s pretty adaptable, but she should enjoy the mile and three-eighths. We’re looking forward to it. It’ll be a good test for her and we’ll see where she’s at,” Walsh said. “It’s a step up but we wouldn’t do it unless her last run was good and she’s been working good since. I think if we’re going to take a shot she seems to like it here so now is the time.”

A Grade 3 winner over Woodbine’s synthetic surface last fall, A.A. Azula’s Arch makes her fifth career turf start and third of the Championship Meet in the Orchid. Fourth by 2 ½ lengths in the 1 ½-mile La Prevoyante (G3) Jan. 26, she raced in mid-pack before tiring to be eighth in the 1 3/16-mile The Very One (G3) March 2 last out. She will carry topweight of 124 pounds including Hall of Fame jockey Javier Castellano.

Santa Monica made her 6-year-old debut finishing second by a length as the favorite in the La Prevoyante. She posted a record of 2-1-2 from six starts last year, her first in North America, including a win in the Dance Smartly (G2) and a third in the E.P. Taylor (G1) on the Woodbine turf.

Each of the first three finishers of the Orchid will receive a free nomination and travel stipend to the $100,000 Searching Stakes at legendary Pimlico Race Course May 18, on the undercard of the 144th Preakness Stakes (G1).