Exclamation Point, half to Classic Empire, flashy in debut 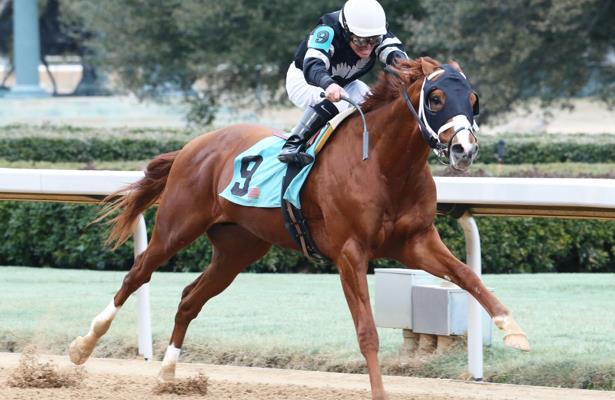 “The goal for him is to be a route horse,” said Cox, Oaklawn’s leading trainer. “We’ll see what happens.”

Under Fernando De La Cruz, Exclamation Point covered 6 furlongs over a fast track in 1:10.56 and paid $7.40 as the second choice in the 10-horse field.

Cox noted Exclamation Point won despite being “a touch worked up in the post parade” and switching to his left lead inside the sixteenth pole after being hit right-handed.

“He’s got talent, there’s no doubt it,” Cox said. “He displayed that late summer, early fall, before he went on the shelf with shins.”

Exclamation Point, a chestnut son of Concord Point, is a homebred for Steve and Brandi Nicholson, who were in Hot Springs for the colt’s debut. The couple purchasedSambuca Classica (the dam of Classic Empire and Exclamation Point) early in her racing career before she starred as a broodmare at their Silver Fern Farm near Versailles, Ky. Sambuca Classica is a 14-year-old daughter of Breeders’ Cup Classic winner Cat Thief.

“I told Brandi last night that he was telling us in the fall that he needed a break,” Cox said. “He got his break and he came back and responded well. A lot of it goes to great clients that are patient and listen to what you have to say. That’s what it comes down to.”

Cox began training last summer for the Nicholsons, who sold Classic Empire for $475,000 at the 2015 Keeneland September Yearling Sale.

The now-retired Classic Empire recorded his final career victory in the Arkansas Derby for trainer Mark Casse. A son of Pioneerof the Nile, Classic Empire was a unanimous choice for champion 2-year-old male of 2016 and now stands at Coolmore America’s Ashford Stud in Kentucky.

Storm the Court's turf debut to determine which Derby is next
One way or another, Storm The Court is going to wi...