Classic Causeway looks for a comeback under McPeek 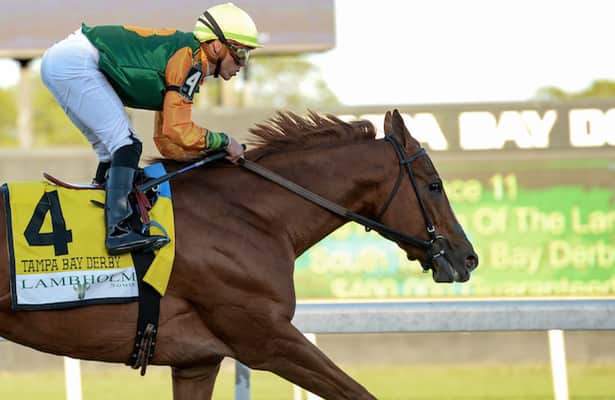 Kenny McPeek colts have beaten Classic Causeway twice. Now, the trainer will try to get him a win in Saturday’s Grade 3 Ohio Derby.

Classic Causeway was moved to McPeek’s barn from the care of Brian Lynch about a month ago, after his 11th-place finish in the Kentucky Derby.

“He's done everything right,” McPeek told Horse Racing Nation Thursday. “He's a really classy horse to be around. We're just getting a feel for him a little bit. But he's a very easy horse to handle and just does everything right every day. And we're excited to see how he runs and in our barn.”

The Giant’s Causeway colt has been working at Churchill Downs since the Derby, last breezing five furlongs in 59.6 seconds on Saturday.

He drew the outside post in the seven-horse field for Saturday’s race at Thistledown, where he is 6-1 on the morning line. He will be ridden by Brian Hernandez Jr.

“From an outside draw, I'd like to see him rate a little bit,” McPeek said. “I don't think he's a one-dimensional type. I think he's a horse that's smart enough and calm enough to be able to stalk off any speed and then punch home. And he trains like that, although his wins have been somewhat one-dimensional.

Classic Causeway had a promising start to his career under Lynch. He broke his maiden with a 6 1/4-length win at Saratoga in his first start, then was third in the Breeders' Futurity (G1) – won by McPeek’s Rattle N Roll – and second in the Kentucky Jockey Club (G2), behind McPeek’s Happy Saver, to close out the year.

He opened 2022 with wire-to-wire wins in the Sam F. Davis (G2) and the Tampa Bay Derby but then was last in the Florida Derby (G1) after taking the lead for the first half-mile. Although he came out of the race fine, Lynch decided to “take a pass” on the Kentucky Derby. Owners Clarke Cooper and Patrick O’Keefe thought otherwise.