Forbidden Kingdom, Classic Causeway are out of Ky. Derby 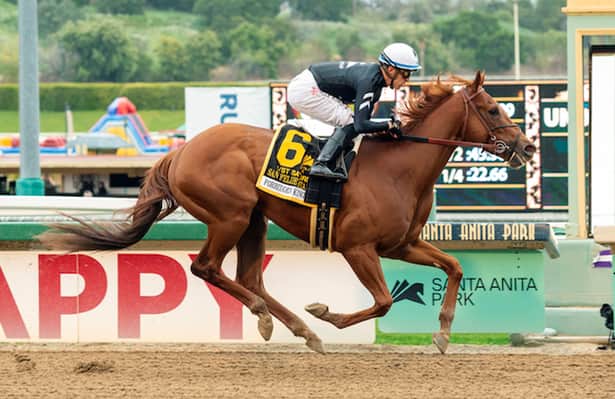 Forbidden Kingdom and Classic Causeway, who finished last in major prep races in the past eight days, will not race in Kentucky Derby 2022.

Trainer Richard Mandella said Forbidden Kingdom would be sent to an equine hospital Monday, two days after he set the pace as the favorite only to fade to the back of the six-horse field in the Grade 1 Santa Anita Derby.

“We are going to look under his epiglottis to see if he has an ulcer,” Mandell said Sunday in a text message to Horse Racing Nation. “But no Derby for sure.”

Classic Causeway was in doubt for May 7 at Churchill Downs since his disappointing performance last Saturday in the Florida Derby (G1).

Classic Causeway had been 11th in the Derby qualifying standings after his two wins in graded-stakes preps this winter at Tampa Bay Downs. Forbidden Kingdom stood 15th following his victory March 5 in the San Felipe (G2) at Santa Anita.

Churchill Downs also reported that Emmanuel, who finished third in the Blue Grass (G1) on Saturday at Keeneland, is off the Derby trail. He had 25 points and would have needed dropouts above him to be in consideration.