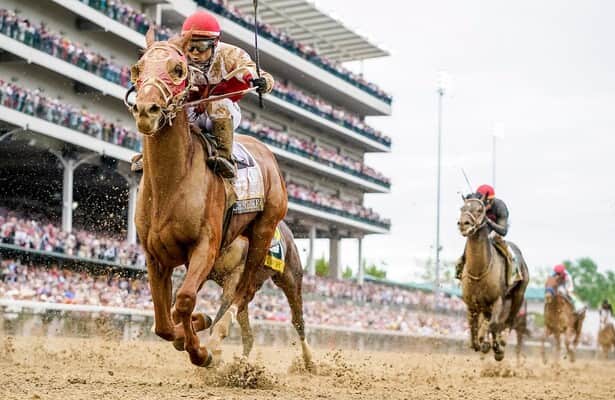 The 2022 Kentucky Derby winner finishes his 3-year-old season with one more run under the Twin Spires.

Get Power Picks for Churchill Downs

Seven runners will line up to contest the Clark, which has been on the calendar each year at Churchill Downs since 1875. Of those seven, only Rich Strike is a Grade 1 winner, with his one score at that level coming at Churchill on the first Saturday in May.

The 80-1 long shot Rich Strike made history May 7 as the Kentucky Derby winner with the longest odds since 91-1 shot Donerail in 1913. He can make more history Friday as the first Derby winner to also win the Clark as a 3-year-old since His Eminence in 1901.

Rich Strike was last in the starting gates Nov. 5 when he finished fourth of eight in the Breeders’ Cup Classic. In the three races between the Derby and the Classic, he was sixth in the Belmont Stakes, fourth in the Travers Stakes (G1) and runner-up – a head shy of winner Hot Rod Charlie – back at Churchill in the Lukas Classic Stakes (G2).

West Will Power (5-2) enters the Clark off the strength of back-to-back wins for trainer Brad Cox. He made the grade last out at Keeneland on Oct. 29 in the Fayette Stakes (G2), a traditional prep race for the Clark.

Fulsome (6-1) is the second of two Clark entries for Cox, who won this event in 2018 with Leofric. The four-time Grade 3 victor was second to stablemate West Will Power in the Fayette.

Here is a look at the field for the 2022 Clark Stakes (trainer and jockey in parentheses) with morning-line odds:

TimeformUS’ pace projections show Injunction taking the early lead under jockey Rafael Bejarano. Favorite Rich Strike is projected to attempt a rally from the back, as expected.

Does Rich Strike have a case to win the Eclipse Award as champion 3-year-old male? Reinier Macatangay compares the Derby winner’s resume to that of Travers Stakes (G1) hero Epicenter.

Rich Strike owner Rick Dawson outlined what he would call “the perfect race schedule” for the Clark Stakes runner in 2023. It includes races in the Middle East, Kentucky and New York leading up to the Breeders’ Cup.

Hear more from Dawson on this week’s edition of the Ron Flatter Racing Pod.

At least a half dozen of the 15 leading earners this season are expected to campaign next year. They are led by two current 3-year-olds – Rich Strike and multiple Grade 1 winner Taiba.

While Rich Strike will battle Grade 1 foes Friday, a number of other former Kentucky Derby runners have competed lately at the stakes and allowance levels.

This week on HorseCenter, hosts Matt Shifman and Brian Zipse handicap the Clark Stakes and other holiday weekend racing action.

Here is a look at other graded stakes taking place Friday across the U.S. All post times are EST.

Kathleen O. (5-2) returns to the races for the first time since settling for fifth May 6 at Churchill Downs in the Kentucky Oaks (G1). Jockey Javier Castellano will get a leg up for trainer Shug McGaughey on the Upstart filly, a dual Grade 2 heroine. Bill Mott trains Grade 3 winner Nostalgic (7-2), who finished second Nov. 4 in the local Turnback the Alarm Handicap (G3) and who was 10th earlier this year in the Kentucky Oaks. Tizzy in the Sky (9-2) makes her stakes debut for trainer Jose Camejo off a local allowance win Oct. 28.

California Angel (2-1), winner of the 2021 Jessamine Stakes (G2) at Keeneland, looks for her first victory since that race for trainer George Leonard III. Jockey Tyler Gaffalione will be up on the California Chrome filly, runner-up Nov. 28 in Keeneland’s Valley View Stakes (G3). Brad Cox trains Bubble Rock (5-2), a Grade 3 victor who ran fourth in the Valley View but only a quarter-length shy of California Angel. Keeneland allowance winner Lady Puchi (8-1) also exits the Valley View, in which she finished sixth for trainer Kenny McPeek.