Cigar Mile 2020: What the connections are saying 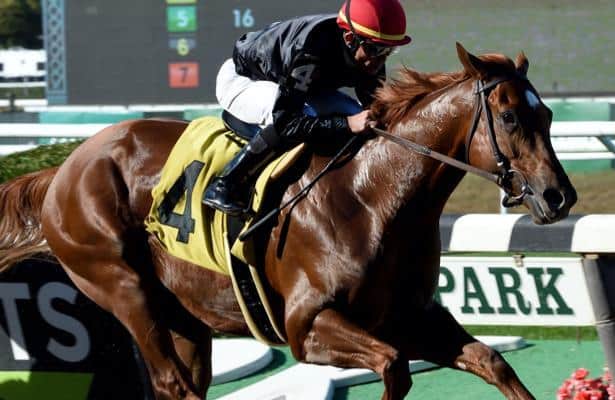 Performer will seek his sixth victory in a row when he steps into Grade 1 company for the first time in Saturday's Cigar Mile (G1) at Aqueduct.

The Shug McGaughey runner drew post 1 and is the expected favorite in the field of nine.

“He’s training well. It has been a while since he ran, but he’ll be fit enough,” McGaughey said. “He’s been over that track before. He seems to be doing as well now as he’s ever done.”

King Guillermo won the Tampa Bay Derby (G2) and was second in the Arkansas Derby (G1) earlier this year, but he has not raced since May. Trainer Juan Carlos Avila feels his colt is ready to fire off the bench from post six

“He’s good. He’s ready,” Avila said. “He’s getting ready to face that challenge. The mile will be good for him because he’s had seven months without a race.

“I really like the opportunity and the chance to win, and this gives us a chance for people to know me and know King Guillermo,” Avila continued. “We have big expectations.”

Trainer Jack Sisterson will have two chances in the Cigar Mile with True Timber and Bon Raison.

“They’ve shown us in the mornings that they both can run a competitive race,” Sisterson said.

True Timber will be running in the Cigar Mile for the third time, but first in the Sisterson barn after previously being trained by Kiaran McLaughlin.

“He’s been close to winning a race like this and is peaking at the right time,” Sisterson said. "He got stuck down at the rail running three-quarters at Belmont [in the Vosburgh]. He just wasn’t happy. He’s a horse who likes his own way, and we learned that in the mornings. We let him put his feet where he wanted to and put him in a happy frame of mind and he moved forward extremely well."

Bon Raison, who is a bit of a throwback horse, will be running for the 30th time in the last two years on Saturday.

“He’s got a late running style and he just seems to be a versatile horse,” Sisterson said. “He’s got talent and he’s intelligent. He has those attributes where he can do what you ask him to do.”

The entire Cigar Mile field in order of post draw can be viewed below.