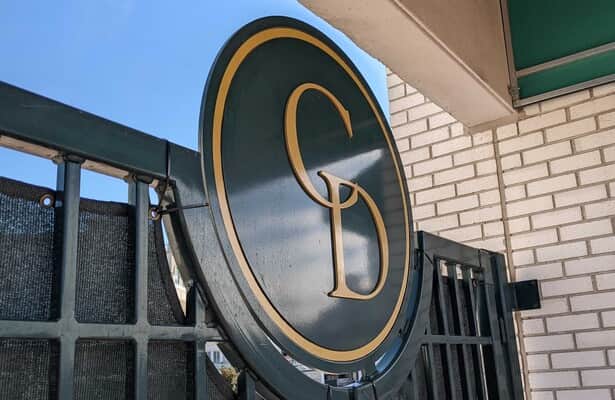 Thirteen horses who were exposed to the equineherpes virus were being tested Wednesday morning at Churchill Downs. That was where a Saffie Joseph Jr. trainee was confirmed Tuesday to have tested positive, forcing a barn to be quarantined and a growing number of tracks across North America to impose shipping restrictions.

“The horses are actually being tested as we speak,” Dr. Will Farmer, equine medical director for Churchill Downs Inc., told Horse Racing Nation on Wednesday morning. “Those samples will be taken straight to (the University of Kentucky) for testing today. Hopefully, we’ll have some results this evening.”

The hope is for all 13 tests to come back negative, but Farmer said that would not mean the horses could be sent to other tracks right away.

“Ideally, everybody tests negative,” he said. “That’s the best-case scenario. However, we still will at that point sit on the horses for two weeks and recheck to make sure that everybody is clean in two weeks. … At this point everybody’s healthy. No additional fevers. No change.”

The unidentified horse who triggered the quarantine of the other 13 was confirmed late Tuesday to have caught EHV-1 and was moved to an equine hospital in Lexington, Ky.

“That horse is being treated at Rood and Riddle, and they will be monitoring it,” Farmer said.

Joseph, who confirmed Tuesday it was a horse in his barn who tested positive, could not be reached by phone Wednesday morning to talk about what might be next. Farmer said there was not a single course of action for a horse who tested positive for EHV-1, which can be highly contagious.

That was why no fewer than nine tracks declared Tuesday they would not accept any shippers from Churchill Downs until further notice. Oaklawn and Tampa Bay Downs were added to the list Wednesday.

“Until further notice, we are not accepting horses from Churchill or Trackside,” an Oaklawn spokesperson said, referring also to the training center that is five-mile drive from Churchill Downs, even though no horses there were suspected of getting the virus.

“Just from Churchill Downs, not the rest of Kentucky,” a Tampa Bay Downs spokesperson said.

Although there were no other formal announcements in the U.S., Farmer said other tracks restricting shippers included 1/ST Racing’s Gulfstream Park, Laurel Park, Santa Anita and Golden Gate Fields, and the New York Racing Association’s Aqueduct and Belmont Park.

Woodbine posted a statement on its website Tuesday saying, “Until further notice, any horse that has been stabled at Churchill Downs within the last two weeks will not be permitted on the Woodbine racetrack property.”

A source at Santa Anita forwarded a text message to HRN on Tuesday that had been sent from the track’s racing office to horsemen. “Effective immediately,” the text said, “no horses will be allowed to ship in from Churchill Downs until further notice.”

A trainer in New York confirmed Tuesday a similar message from NYRA was sent to horsemen.

Fair Grounds and Turfway Park, courses owned by CDI, did not impose bans on Churchill shippers, according to executives at each track.

Since the Churchill Downs fall meet ended Sunday, most horses on the property were scheduled to be shipped to winter meets across North America. Many got out before Tuesday’s positive test, but it was not clear how many others might be stuck in Louisville waiting for the green light to be admitted to out-of-state tracks.

According to the American Association of Equine Practitioners website, EHV-1 “routinely causes upper respiratory infection in young horses up to age 2, resulting in depression, a snotty nose, loss of appetite and a persistent cough. … EHV-1 is spread primarily through coughing or sneezing” and “can occur over a distance of up to 35 feet.”