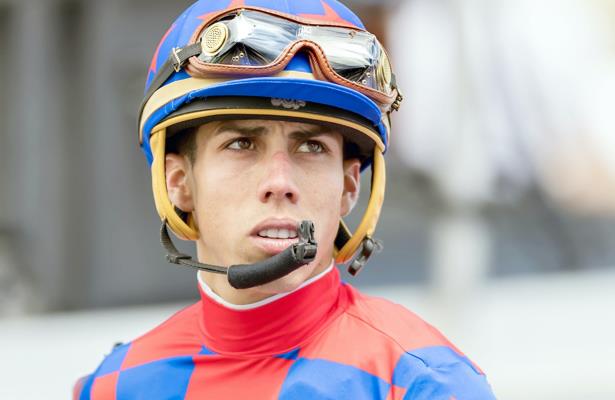 The term, which begins Sunday and concludes June 5-6, could put the champion out of commission aside from designated stakes races the first weekend of Belmont Park's meet.

The stewards cited Ortiz Jr. for "failure to maintain a straight course in the stretch causing interference resulting in the disqualification of his mount from second to third place," according to the ruling.

Ortiz Jr. wound up a nose short of upsetting United while aboard the Chad Brown-trained shipper Rockemperor in a head-bobbing finish. But dueling between them in a three-wide dash to the wire was Originaire, who was promoted to second after a stewards inquiry in a unanimous decision.

Rockemperor and Originaire made multiple points of contact during the stretch run of the 1 1/4-mile turf race, but analysts pointed to Ortiz Jr.'s continued use of a right-handed whip, bringing his mount in on Originaire, as the issue.

The three-racing-day term is standard in such instances. Suspensions are expected to be reciprocated across American racing jurisdictions.

Ortiz Jr., who spent time away from riding during the peak of the COVID-19 pandemic, has ridden almost exclusively at Gulfstream Park this spring. As of Sunday, he was the year's leading rider by earnings in the United States and second behind Luis Saez (132-128) in 2020 wins.