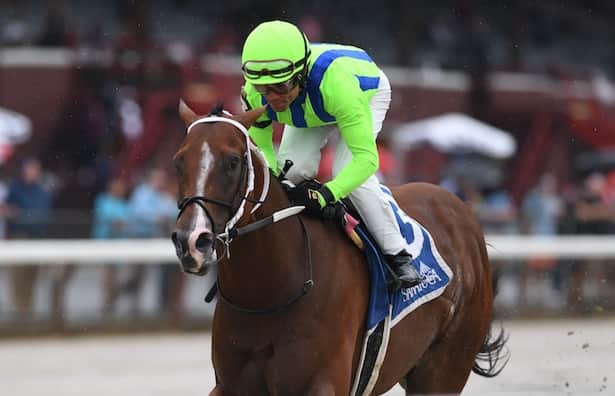 Jackie’s Warrior, who was assigned top weight of 123 pounds, will be making his 4-year-old debut after capturing an Eclipse Award as the country’s champion male sprinter of 2021. A multiple Grade 1 winner for Hall of Fame trainer Steve Asmussen, Jackie’s Warrior hasn’t started since finishing sixth in the $2 million Breeders’ Cup Sprint (G1) Nov. 6 at Del Mar.

Asmussen has won the Count Fleet a record-tying three times, including 2019 with Mitole, who also captured the 2019 Breeders’ Cup Sprint (G1) en route to an Eclipse Award as the country’s champion male sprinter.

Jackie’s Warrior will be racing on Lasix for the first time in his career Saturday.