Casual handles allowance company at Churchill, improves to 2-for-2 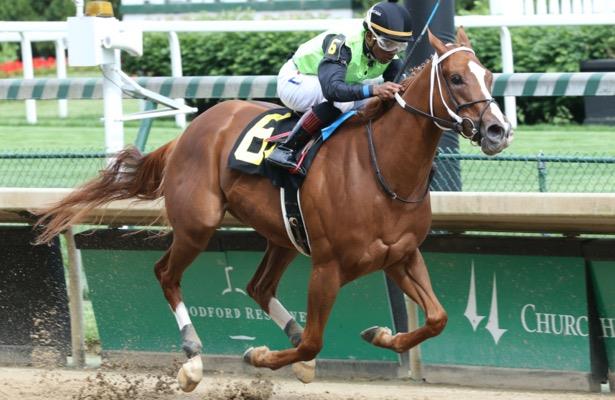 Casual stayed unbeaten Friday and showed herself as a filly who could benefit from this year’s postponed Kentucky Oaks.

Casual went off in the seven-furlong trip as the second favorite at 2-1 odds. Chad Brown runner Center Aisle drew 3-5 favoritism off her own impressive debut score March 29 at Gulfstream Park.

Center Aisle broke slow at the start Friday, running last early on in a field of 10 sophomore fillies. She never challenged the leaders, settling for a fifth-place finish.

Meanwhile up front, Nayibeth set fractions of :22.93 and :46.16 with Casual pressing the pace. Jockey Ricardo Santana Jr. guided Casual into the lead, and the filly edged clear late for a 1 ¼ length score over 29-1 shot She Can’t Sing.

The Curlin filly Casual is now in line for a stakes opportunity Friday after her second win in as many starts.

Should Asmussen give Casual four weeks between starts, the Grade 1, $300,000 Acorn Stakes goes a mile June 20 at Belmont Park and would be a logical, albeit challenging, next step. Gamine, Perfect Alibi, Tonalist’s Shape and Venetian Harbor are among the 3-year-old fillies targeting the Acorn, which figures to serve as a major prep for the rescheduled Kentucky Oaks on Sept. 4.