Casse cuts back Moon Colony in Saratoga's Hall of Fame 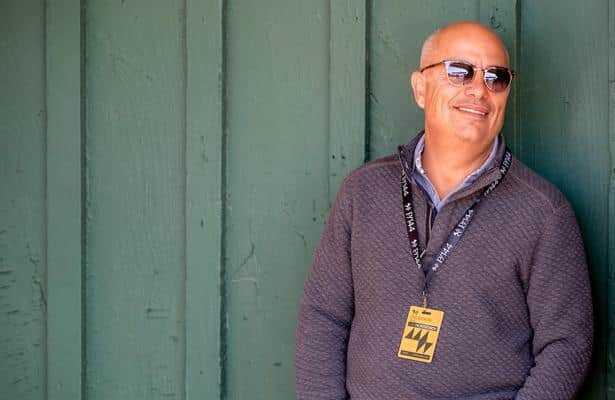 John Oxley's graded stakes-winning Moon Colony will look to capitalize on a distance cutback in Friday's Grade 2, $200,000 National Museum of Racing Hall of Fame for 3-year-olds at one mile over the inner turf at Saratoga Race Course.

The Mark Casse-trained Uncle Mo colt set the pace last out in the Grade 1 Belmont Gold Cup Invitational while pressed up front by Blenheim Palace before fading to ninth. That start came after winning his graded stakes debut in the Grade 2 Penn Mile on June 1 at Penn National, where he registered a career-best 90 Beyer Speed Figure.

"I think the cut back to a mile will be good for him. Unfortunately, in his last start, he got hooked up with the Aidan O'Brien horse that was next to him yelling and screaming," Casse said. "That hurt his chances last time, but he's already well proven at a mile, so I think that the Hall of Fame suits him quite nicely."

As the eight-horse field's only graded stakes winner on grass, Moon Colony owns the highest bankroll with $370,635 in lifetime earnings.

Bred in Kentucky by St. Elias Stables, Moon Colony was purchased by Oxley for $400,000 from the Keeneland September Yearling Sale in 2017. He is out of the two-time Grade 1-placed Carson City broodmare Promenade Girl, who produced three-time Grade 1-winner Cavorting.

Jockey Julien Leparoux retains the mount aboard Moon Colony, who breaks from post 8.

Calumet Farm's English Bee also will cut back in distance and take a drop in class from the Belmont Derby while seeking his second stakes victory for trainer Graham Motion. The Kentucky homebred chestnut son of English Channel won the James W. Murphy at Pimlico two starts back.

"I'm pretty happy with him. I think perhaps he just didn't really want to go that far in the Belmont Derby," Motion said. "I think shortening him back up to a mile will help him."

Hall of Fame trainer Bill Mott will seek a seventh win in the Hall of Fame when he saddles multiple graded stakes-placed Casa Creed, who breaks from post 5 under Junior Alvarado. The Jimmy Creed chestnut began his career on the main track, where he graduated at second asking over the main track at Saratoga over eventual Grade 1-placed Social Paranoia. His last victory took place in his turf debut, where he sat off a leisurely pace and went on to finish a neck ahead of eventual Grade 1-winner Henley's Joy.

The bay son of Ghostzapper was second beaten a neck as the lukewarm favorite in the Grade 3 Kent at Delaware Park last time out. He began his career on the main track, where he was a second-out graduate over a sloppy main track at Gulfstream Park by 4 1/2 lengths in December. Award Winner made his turf debut in the spring at Keeneland, where he was a close second behind eventual graded stakes winner Demarchelier. He subsequently defeated winners over the turf at Churchill Downs, recording an 83 Beyer.

Award Winner will be reunited with two-time Saratoga leading rider Jose Ortiz, who piloted the colt in three of his seven career starts, including his maiden win.