Casse could add an eighth horse to Breeders' Cup string 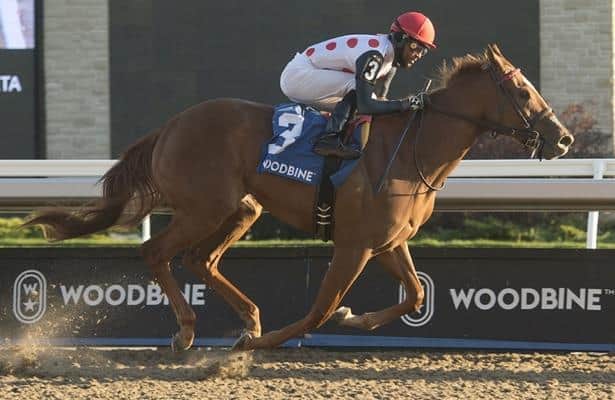 A couple of weeks ago, trainer Mark Casse told Horse Racing Nation that he was likely bring seven horses to Keeneland for the Nov. 6-7 Breeders’ Cup.

Now, that number could be up to eight.

Casse said Wednesday morning that Souper Sensational is a possibility for the $2 million Juvenile Fillies on Nov. 6.

The possibility arose after the Curlin filly’s four-length win in the Glorious Song at Woodbine on Saturday. It was her second win in as many tries, after breaking her maiden in September at Woodbine.

“Mrs. Weber and I talked about it yesterday, and she wanted a few days to think about it,” Casse said, referring to Charlotte Weber, owner of Live Oak Plantation, which bought Souper Sensation as a yearling for $725,000. “So it’s not a foregone conclusion yet. We’ll probably make a decision in the next few days.”

If Casse does run eight horses in the Breeders’ Cup, it would be his most ever for the event in one year. His high mark was in 2017, when he started seven horses, winning the Mile at Del Mar with World Approval.

Here’s a rundown of his other probable Breeders’ Cup starters and their jockeys.