Casse: War of Will injured in Louisiana Derby defeat 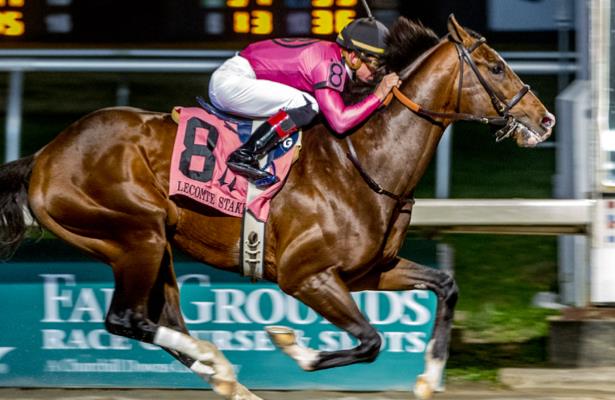 "We think -- we hope -- that he's just strained a muscle in his right hind," Casse said. "He was significantly off pulling out. We're going to wait and see."

The odds-on top betting choice, War of Will entered the Louisiana Derby off victories in Fair Grounds' Lecomte (G3) and Risen Star (G2) to qualify for the 2019 Kentucky Derby.

There remains a chance the colt runs the first Saturday in May. Casse said War of Will, a son of War Front, will ship as planned to Lexington, Ky., in the coming days. There, could be evaluated further.

The Louisiana Derby's timing as a major prep six weeks out from the Kentucky Derby is of potential benefit.

"If it was just a muscle strain or something, yeah, he could be back training in a few days," Casse said. "He just took an extremely weird step. I've been training horses now for 40 years. I can't ever remember a horse doing that from behind like that."

Casse said he and his team counted five strides from the gate after War of Will "broke like a shot" that "he buckles on his right hind, and we don't know exactly what he did."

The trainer's heart jumped at the moment.

"I actually feel relief that it's not worse than what it is," Casse said. "Of course, we're all disappointed he didn't run better, but not near as disappointed as if something major had happened to him. The good news is, whatever it is, it isn't real severe. He hasn't broken anything."

By My Standards went on to upset the Louisiana Derby at 22-1.

Overall, Gary Barber's War of Will was 3-for-3 since switching to dirt after earning Grade 1-placed status on the turf at age 2. Jockey Tyler Gaffalione was in the irons Saturday.