Casse: Strike Silver 'looks good' after he was vanned off Sunday 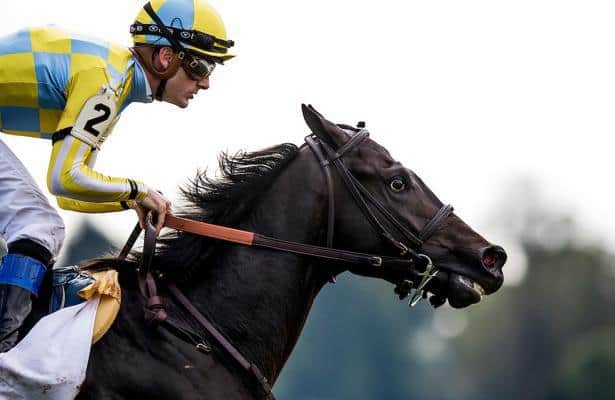 Trainer Mark Casse said Monday he doesn’t yet “have a real answer” as to Strike Silver’s diagnosis after the 3-year-old was vanned off Sunday at Saratoga.

Strike Silver, a graded stakes-placed son of Violence, bumped with rival Lemniscate at the start of the Grade 2, $200,000 Amsterdam Stakes.

The Casse-trained colt, under jockey Irad Ortiz Jr., recovered and ran eighth a quarter-mile into the race, then faded into the stretch. Meanwhile, Shancelot routed the field by 12 ½ lengths.

Strike Silver came home 11th of 12, was pulled up after the finish and was subsequently vanned off. Casse said the colt hurt his right hind ankle.

“He probably did it coming out of the gate,” Casse said.

One day after the incident, Casse said Strike Silver was “comfortable” and “taking it easy right now.”

“I just saw him, and he looks good,” Casse said. “We’re still not 100 percent sure what he’s done to himself. He has a lot of swelling right now, but X-ray-wise, his hind ankle looks quite good. Maybe we’ll get lucky and it’s not very serious. …

“The good news is that he’s comfortable and he’s happy and he’s eating away. We’ll have to figure it out.”

Over eight lifetime starts, Strike Silver is 8: 2-1-1 with $227,885 in posted earnings. He scored a black-type stakes victory as a 2-year-old last October in Keeneland’s Indian Summer, one start after running second in Saratoga’s Sanford Stakes (G3).

Strike Silver has yet to finish in the top two over any of his four 3-year-old starts.