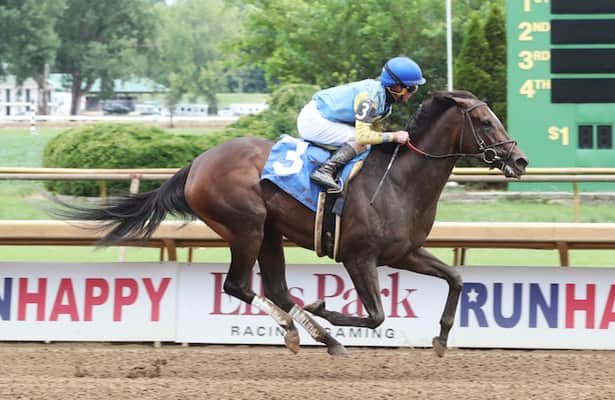 Undefeated 3-year-old filly Carribean Caper will attempt to land her fifth consecutive victory Saturday as the likely favorite in the 46th running of the listed, $275,000 Dogwood Stakes at Churchill Downs.

The seven-furlong Dogwood drew a compact field of seven 3-year-old fillies and was carded as Race 8 with a post time of 4:22 p.m. EDT. Saturday’s 11-race card features a stakes trio that includes the inaugural runnings of the $275,000 Bourbon Trail and $275,000 Harrods Creek, both for 3-year-olds. First post is 12:45 p.m. EDT

Trained by Al Stall Jr. and owned by Columbine Stable, Carribean Caper began her career at Fair Grounds with a scintillating eight-length score. The daughter of Speightstown then cruised to a 4 1/2-length first-level allowance victory at Keeneland. After three months away from the races, Carribean Caper returned in a conditioned allowance event at Ellis Park where she dominated four rivals by 4 1/2 lengths. In her most recent start, the Kentucky-bred defeated Magic Quest by one length in the $100,000 Audubon Oaks at Ellis.

Colby Hernandez, who has been aboard Carribean Caper for all four of her lifetime starts, will ride from post No. 2.