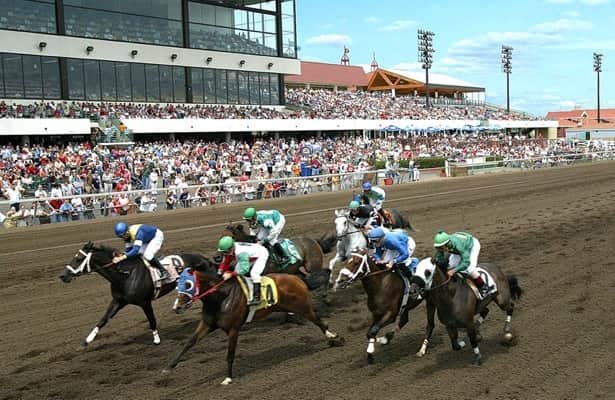 Business was robust throughout the season at the Shakopee, Minn., racetrack, setting a record in total handle with $97,615,998 wagered, a 7.4 percent increase from 2021. Saturday evening racing, absent since 2019, returned this season, accompanied by large crowds and handle. Average daily handle, $1,525,250, was up 9.5 percent from last season.

Record purses also were paid during the meet, which originally was scheduled for 65 days of racing. Poor track conditions caused the Aug. 7 card to be cancelled and an abbreviated program to be run Aug. 6. A total of $15,715,307 in purses were paid, 1 percent more than 2021 even though 12 fewer races were run. Field size was consistent with last year, with an average of 7.31 starters per race.

Two Phil’s was an impressive 9 3/4-length winner of the $50,000 Shakopee Juvenile. The 2-year-old was ridden by Jareth Loveberry for trainer Larry Rivelli and owners Patricia’s Hope and Phillip Sagan. He returned $4.20 to win.

The final race day began with 14-time leading trainer Mac Robertson and Joel Berndt in a deadlock with 60 wins each. Robertson won race 2 and Berndt race 5, resulting in a tie for top honors.

Midnight Current, undefeated this season in five starts, was voted horse of the meet. She earned $151,800, the bulk of which came from wins in the $100,000 Princess Elaine Stakes and the $50,000 Minnesota Turf Distaff. Midnight Current, a 4-year-old Minnesota-bred filly, is owned and bred by Lothenbach and trained by Berndt.

Canterbury Park’s 2022 Horse of the Year and divisional champions: