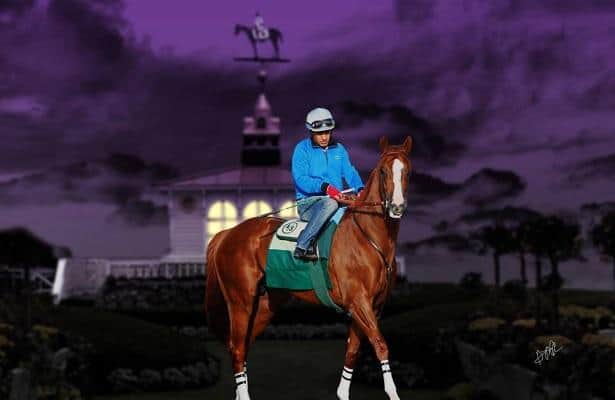 Two-time Horse of the Year and 2014 Kentucky Derby winner California Chrome was represented by his first North American winner on Thursday when 2-year-old filly Cilla rolled to a 7 1/4-length win in a six-furlong maiden special weight at Delaware Park.

Making her second career start for owner Dale Ladner-- who also co-bred the filly -- Cilla came from off- the pace with a three-wide move on the turn and then drew off under a hand ride to score in a final time of 1:12.82.

Cilla, trained by Brett Brinkman, is out of the Into Mischief mare Sittin at the Bar, who was a stakes winner and graded-stakes placed earner of $705,896 for Ladner.

California Chrome stood his first three seasons at Taylor Made Farm in central Kentucky and was subsequently sold to Japanese interests. He now stands at Arrow Stud in Hokkaido.