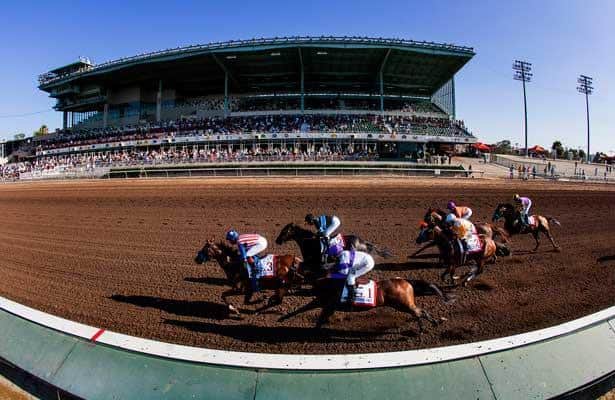 The “avalanche of regulatory reforms” enacted by the California Horse Racing Board over the past two years to aid in equine safety and welfare are having a significant impact, regulators noted during a regularly-scheduled meeting of the CHRB held via teleconference on Thursday.

During his executive director’s report, Scott Chaney said there were a total of 96 equine deaths in California during the 2020 calendar year as compared to 128 in 2019 -- a decrease of 25 percent. Furthermore, equine fatalities resulting from racing and training fell from a total of 93 in 2019 to 67 in 2020. This 28 percent decrease in fatalities well outpaced a 16 percent drop in the number of races held in California during that period.

“While this is clear and indisputable progress, there is undoubtedly more work to do,” Chaney said.

During the equine medical director’s report, Dr. Rick Arthur provided further statistics with regards to equine safety. He said for the first six months of the fiscal year beginning July 1, there has been a combined 40 percent decline in equine fatalities for Thoroughbreds and Quarter Horses as compared to the previous year.

From July 1 through Dec. 31, the Thoroughbred equine fatality rate in California was 0.34 per 1,000 starts, Arthur said. He noted ‘this is less than one-quarter of the 2019 national average.”

Also on Thursday, the CHRB voted 4-3 to grant Los Alamitos a one-year license to conduct nighttime quarter-horse and low-level Thoroughbred racing. The agreement comes after a contentious December meeting that resulted in Los Alamitos only being awarded a six-month license and Los Alamitos owner Ed Allred threatening to shut the track down entirely.

At last month's meeting -- which was held without Commissioner Alex Solis -- the board was deadlocked 3-3 on granting a one-year license to Los Alamitos with those opposed were not satisfied with the track's equine safety record. Ultimately, a 6-month license was awarded.

In other news, Arthur noted California’s ban on raceday Lasix in virtually all stakes races that took effect Jan. 1 has proven “an administrative nightmare.” Most specifically, the movement of horses on and off the authorized bleeders’ list depending on if they are running in a stakes race or non-stakes race. To alleviate the problem, the CHRB amended the rule’s language so horse’s on the authorized bleeders’ list can remain, but are still barred from using Lasix if the medication is prohibited as part of the race conditions.