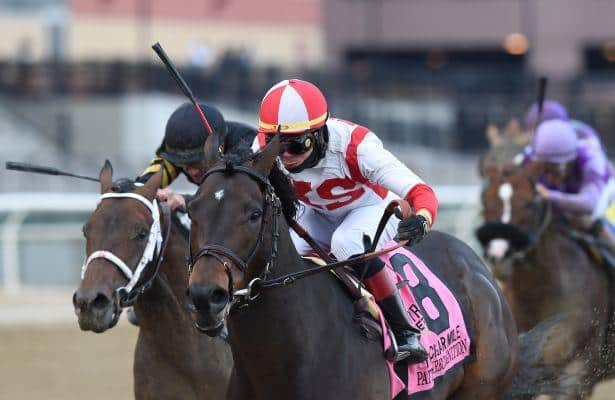 On Thursday night at Gulfstream Park, Chad Brown could be named the country’s outstanding trainer for the third consecutive year at the 48th annual Eclipse Awards. Less than 48 hours later, the 40-year-old will saddle Patternrecognition in the $9 million Pegasus World Cup Invitational (G1) and Bricks and Mortar in the $7 million Pegasus World Cup Turf Invitational (G1).

Patternrecognition, owned by Klaravich Stables and William Lawrence, comes into the Pegasus off consecutive victories in the Kelso (G2) at Belmont Park Sept. 22 and the Cigar Mile (G1) Dec. 1 at Aqueduct. The lightly-raced 6-year-old has finished first or second in 10 of 11 career starts.

“Timing works for us at this point in his career,” Brown said “He seems to be peaking and it’s the right time to really take a big swing at a huge purse.

”Bricks and Mortar, also owned by Klaravich and Lawrence, won his first four starts as a 3-year-old. But after two third-place finishes in New York, Bricks and Mortar didn’t race for 14 months until impressively winning an allowance optional claiming event at Gulfstream Dec. 22.

“He’s a horse that always showed a lot of promise as a 3-year-old and, unfortunately, he had some injuries and needed a long time away from racing,” Brown said. “We were able to get him back in time to have a real productive allowance race and he seems ready to move forward.”

Brown talks about the Pegasus, Patternrecognition, Bricks and Mortar and his 2018 season.