Brown Sends Out Five in Hall of Fame 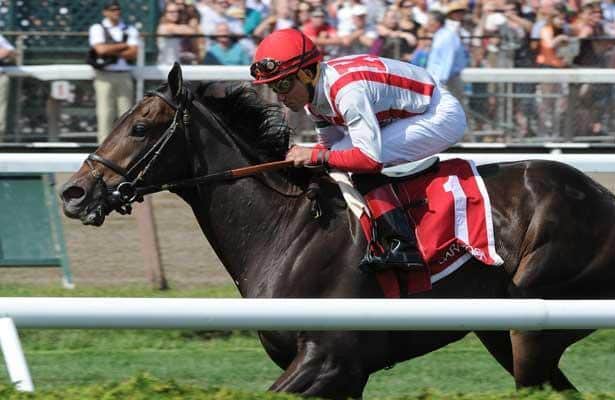 Chad Brown will take a "more is better" approach on Friday, aiming at the Grade 2, $200,000 National Museum of Racing Hall of Fame at Saratoga Race Course through sheer volume. Accounting for five of the 12 entrants in the main body of the race, the formidable Brown quintet will face a talented field of 3-year-olds, including American Derby winner World Approval and American Turf runner-up A Lot, in the 1 1/16-mile contest over the Mellon turf course.

Brown will saddle a pair of Klaravich Stables and William Lawrence-owned contenders in Startup Nation and Takeover Target. The uncoupled duo finished a blanket third and fifth, respectively, in their last start in the Grade 1 Belmont Derby on July 4. Prior to the Derby, the familiar stablemates ran two-three in the Pennine Ridge, with Takeover Target finishing a neck behind Divisidero.

Night Prowler will enter the starting gate for Brown and owner Paul Pompa Jr. A two-time Grade 3 winner, the Giant's Causeway gelding will make his first start since coming up a head short of eventual Belmont Derby victor Force the Pass in the Grade 3 Penn Mile onMay 30. Javier Castellano is slated to ride Night Prowler. The pair will break from post 4.

Rounding out the fab five are two horses that joined Brown's barn this spring: stakes-placed Croninthebarbarian for Ol Memorial Stable and French-bred Winter Springs for Head of Plains Partners in his North American debut. Corey Lanerie is slated to ride Croninthebarbarian from post 5 while Winter Springs will break from post 8 under Julien Leparoux.

Hall of Famer Bill Mott will send two to challenge the Brown posse in A Lot and Courtier. Grade 2-placed in the American Turf this spring, A Lot comes into the Hall of Fame with two wins and three thirds from five starts this year. Owned by Amerman Racing, the son of Tapit was a 5 ¾-length winner of the Paradise Creek at Belmont two races back who returned in the Manila on July 12, chasing a relaxed pace to miss by a nose in his most recent effort. Juddmonte Farms' homebred, Courtier will be making his first start off of a 6 ½-month layoff following a second-place finish in the Kitten's Joy at Gulfstream Park onJanuary 24.

A Lot will break from post 9 with Junior Alvarado in the irons, while Courtier will be ridden by Joel Rosario from post 11.

Pleasant Outlook is an also-eligible entrant for Kevin Rice. Good Luck Gus and Juan and Bina are entered for the main track only.